Tech giant Google recently confirmed the launch of the much-awaited Pixel 5 and the Pixel 4a 5G. Though a confirmed launch date hasn’t been announced, it is highly suggested September 30 as the big day.

Well-known tipster Jon Prosser revealed the date on the Twitter platform, who stated that the Pixel 5 device would be unveiled in black and green colors on that day, and the Pixel 4a 5G device in black. A white version of the Pixel 4a 5G is also scheduled to arrive in October 2020. Prosser earlier has few hits and misses in recent months when it comes to giving information about tech leaks. As such, it is advisable not to take September 30 as the final date yet. However, the prediction broadly lines up around the time everyone is expecting the new Pixel phones to be launched.

Google Pixel 4A with 5G 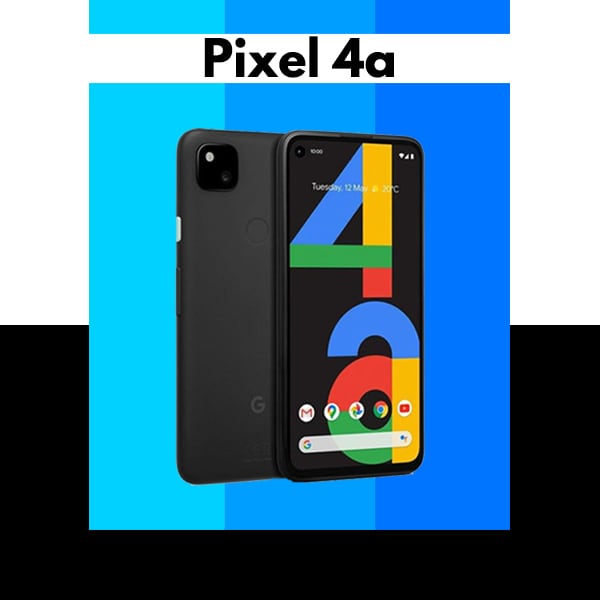 The previous hint about a Pixel 5 and Pixel 4a 5G launch date appeared from a blog slip-up, which earlier listed October 8 as the release date when pre-orders for these phones would be open for all. It’s highly possible that Google will push out the full details and specifications of the handsets on September 30 and then might make them available for pre-order on October 8. The Pixel 4a was earlier announced through a blog post, as in the current COVID-19 pandemic situation and socially distanced times, significant launch events are a rare occurrence.

The only information we all know is that Pixel 5 and the Pixel 4a 5G devices will have 5G on board, and the pricing will start at $499 (about £380 or AU$700) presuming for the Pixel 4a 5G, which will be slightly more significant than the old non-5G Pixel 4a. Unofficially, the Pixel 5 device is being tipped to have the mid-range Snapdragon 765G chipset on board, and some excellent camera enhancements and efficient camera sensors that will set it apart from the Pixel 4a phones. It will also have more enhanced premium design and water resistance features. The Pixel 5 device pricing is rumored to start at $699 (around £535 / AU $ 980). Both phones will be released only in 9 countries worldwide.

The Google 4a 5G will have a 3,140 mAh battery with Android 11 pre-installed. It is most likely to switch the Snapdragon 730 chip for Snapdragon 765G, which is the most powerful of Qualcomm’s mid-range SoCs and a built-in 5G modem. The device’s potential design features include a punch-hole display at the front side, and a square camera patch and fingerprint scanner towards the back.

Though there are no confirmed details about the look of Google 5, one image leaked earlier suggested a device that looked strikingly similar to Pixel 4, with a thick upper bezel. There is also speculation of trio lenses at the back packaged inside a half-circle module. A new Pixel 5 concept design based on the rumors suggested a much more traditional camera square with vastly reduced bezels. In terms of performance, Google may fit the Pixel 5 device with a Snapdragon 765, 765G, or 768G chip instead of the faster Snapdragon 865 that was initially expected. Pixel  5 is Google’s  cutting-edge mobile flagship. Launching months after the budget-minded Pixel 4a (and same day as the Pixel 4a 5G) , the new handset sports a 100% recycled aluminum body to set the new phone apart from the respite of the line. That’s united by 8GB of RAM and the tallying of reverse wireless charging.

Reverse wireless charging is perhaps the greatest interesting hardware addition here — and the one that wasn’t leaked like unwise. The feature, which is previously accessible on parallel Android devices like Samsung’s flagship, lets users charge devices (such as the newish and very decent Pixel Buds) using the device’s on-board battery.

The Pixel 5 specs are now live on the product page (where you can presently pre-order the device). As typical with Google mobile devices, principally all of the leaks proved true. There’s a 6-inch display with a hole punch selfie up top.

Inside, you get a Snapdragon 765G (which brings the 5G), attached with 8GM of RAM and 128GB of storage. There’s also a vigorous 4,000mAh battery on board, which statements the single main issue with the Pixel 4 — though be mindful that 5G connectivity can be an enormous battery hog.

The Pixel 5 product could pass for somewhat mid-tier in most lines, and decently, the line is fairly blurry between this product and the new 5G version of the 4a.

There’s a sole front-facing eight-megapixel camera and a 12-megapixel and 16-megapixel ultrawide on the back. As ever, though, the giant camera advance come via software. New imagine features include Night Sight in Portrait Mode, Portrait Lighting to illuminate subjects and an enhanced editing tool in Google Photos.

It appears likely that Google Pixel 5 is the ultimate device from Google that maintains that trend, gallantry of a current shakeup of the department intended at juicing flagging device sales.

The new phone is existing in two Googley-named colors — “Just Black” and “Sorta Sage” (a faint green). It’s up for pre-order now and will be obtainable in nine countries on October 15, 2020.