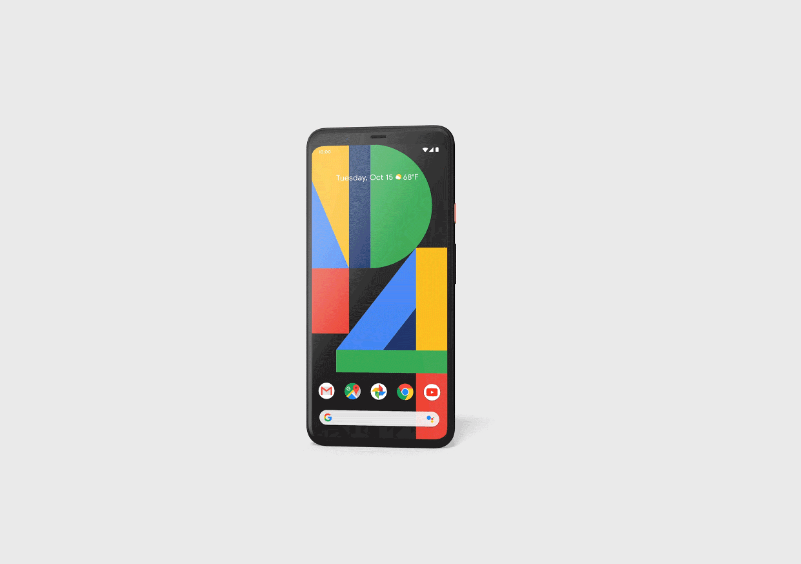 The Pixel 4 announcement came as a surprise for many, as the prototype design came different from the earlier leaks and rumors about Pixel 4. According to reports, three separate teams were working on Pixel 4 prototypes to bring out a developed and fantastic design interface. Google reportedly did this for two reasons, firstly to avoid any unrealistic designs like the glitch in the Pixel 3 and secondly to avoid leaks. Google Pixel 3 was one of the most leaked smartphones in the history of the tech world. Google wanted to avoid it in the case of Pixel 4.

There are many prototypes of Google Pixel 4. One such version had physical buttons with a square-shaped module in place of a horizontal camera. This prototype also has a ‘forehead’ in place of the notch (like the Pixel 3). This prototype suggests that the front design of the Pixel 4 device, the upper bezel of the smartphone will consist of the front-facing cameras with a Face ID alternative. The Face ID alternative would completely replace the fingerprint scanner.

The look and existence of Google Pixel 4A have been authenticated by a series of leaks of different prototypes. Google is popular for its automatic, AL powered smartphones which have some intrinsic advanced features and developed editing capacity with superb picture quality. With Pixel 4 too, it seems Google would continue making the development of Pixel’s bezels and a fantastic display on the smartphone.

After the launch of the first Pixel phone in 2016, Google has always launched its models around October, which seems the unveiling of Pixel 4 would be also around that time. It was heard that Google is into the prototype testing phase of the Pixel 4, confirmed by some employees of the tech giant. The Pixel 4 was referenced as an Android Open Source Project.

In January, a patent of Pixel 4 was doing the rounds which suggested that Pixel 4 might be one with no bezels but would be with a punch-hole display and more realistic design. The patent featured the Pixel 4 with no bezels and a single high powered rear camera. The phone would also be much sleeker in comparison to its earlier counterparts with an improved screen-to-body ratio. It is also stated that the phone might have an under-display fingerprint sensor, with the signature fingerprint reader located on the back of the Pixel phones disappearing totally. The Pixel 3 and 3 XL both had single rear-camera, however this phone might be with a single camera. A Slash Leaks blueprint of the Pixel 4 XL suggests a realistic phone model a punch-hole cutout and a dual rear camera. There would be no physical buttons in Pixel 4.

Pixel phones generally run on the traditional Qualcomm chips, but the Pixel 4 prototype suggests the phone would come with advanced Snapdragon 855 processor which is usually found on high-end smartphones. This would be an advancement in comparison to the Snapdragon 845 processor the Pixel 3 used.

The Pixel 3 and 3 XL both came with 4GB RAM with the additional choice of 64GB or 128GB of storage capacity and no micro SD expansion features. Pixel 4 is expected to be the same. An expansion of 8GB of RAM is expected though. Also, the Pixel 3 phones were backed with 2,915 mAh and 3,430 mAh batteries, and an improvement in the Pixel 4 phone is definitely a possibility.

The Pixel 4 is a much-awaited smartphone from Google’s stable with the prototypes boosting the hype of the phone among the people.