Accessory maker Logitech on Thursday launched the Pop Home Switch. It’s a new button that can perform actions, depending on how the user engages with it. After initial set-up, controlling smart homes should be as simple as a press of a button.

As can be seen, this switch is similar to the Amazon Dash Button that reorders consumer goods with the press of a button. However, Logitech’s device is more custom made and focuses on smart-home applications. 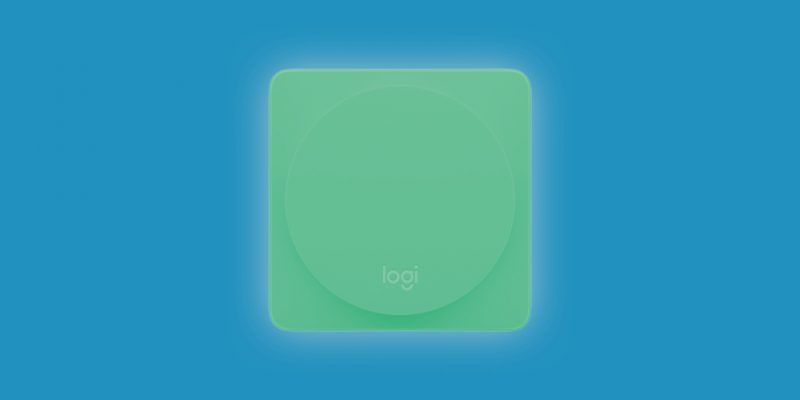 Moreover, the new 2.5- x 2.5-inch button connects to a hub that plugs directly into an outlet through Bluetooth LE. It features two coin cell batteries inside to power the Bluetooth LE radio. It can be replaceable, though the company says they last for more than five years of use. The hub connects to a number of smart home products including door locks, lighting, blinds and much more. It is compatible with an array of smart home platforms and devices including companies like Lutron, Insteon, SmartThings, WeMo, LIFX, Hue, Philips and more.

Setting up the configuration process is simple, which is through the companion iOS and Android app. Users have to scan the Wi-Fi network for compatible devices in the home using the Pop app. From there, they should be able to assign specific actions to specific devices or combine multiple products into a single trigger using combined recipe.

Additionally, users can also pair it with a Logitech Harmony remote for a variety of TV- and music-based triggers. This includes set-top boxes, sound systems, and even Sonos devices. The switch can be used to perform Harmony Activities, such as watch TV or listen to music by integrating both home entertainment and smart home products.

Renee Niemi, head of the Smart Home business says, the switch makes it easy for everyone to access a smart home. Users won’t have to open several apps to turn on the lights, TV or draw the blinds. With just a press of the programmable switch, everything can be set in motion in a smart home.

The product is available for pre-order on Thursday. This includes the Pop Home Switch Starter Pack and the Pop Add-on Home Switch. All of which are expected to go on sale in the U.S. in August. The starter pack, which includes a base station and two Pop home switches is available for $99. Meanwhile, additional home switches will cost $39.99 per unit. The device will begin shipping out in the coming weeks. It will be available from retailers, including Best Buy and Amazon.