Instacart bagged customers like no other during the pandemic.

Grocery startup Instacart is reducing its valuation as it believes that this move will help  attract top talent and adapt to the changing market. In a shocking move, the company slashed its valuation by almost 40%, to $24 billion.

The grocery delivery and pick-up service flourished during the lockdown caused by the pandemic. Americans increasingly turned to the app for getting their basic necessities home-delivered.

Across North America, the delivery company partners with 750 national, regional, and local retail brands to provide online shopping, delivery, and pickup services. Its platform is available to American and Canadian households.

In September, the Gig Workers Collective, a body representing over 13,000 Instacart shoppers, launched a campaign called #DeleteInstacart. However, in the latter half of 2021, Instacart workers started sharing their frustrations and urged shoppers to delete the app. They cited unsafe working conditions and falling pay rates as the reason behind their dissatisfaction. 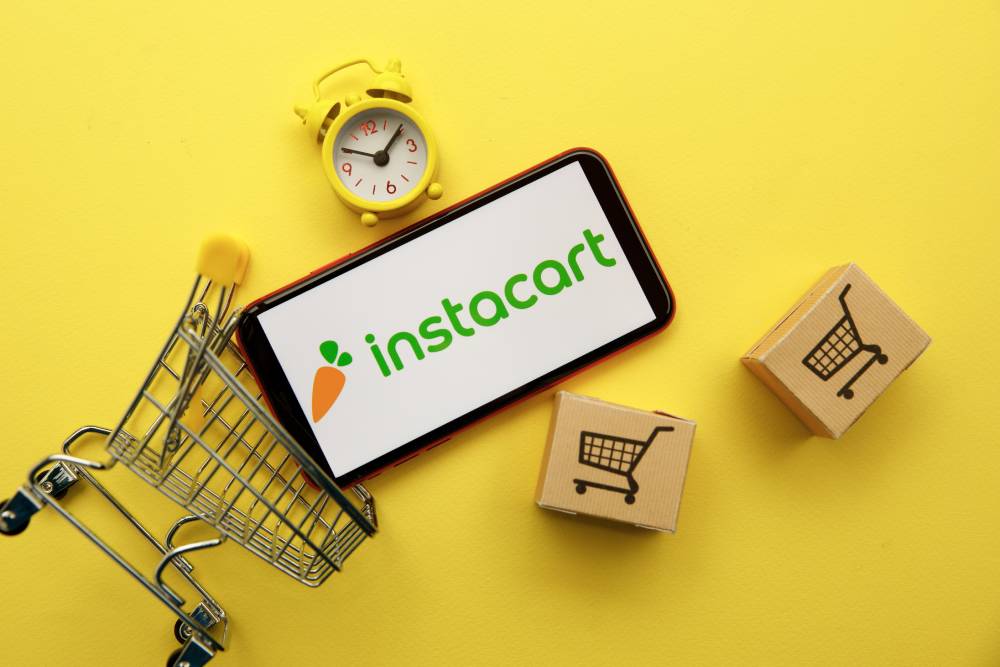 Instacart’s valuation dropped from a sound $39 billion to $24 billion.

Their demands include requests for a default tip set at 10% instead of 5%, occupational death benefit, and to be paid by individual order instead of a batch of orders, amongst others. In February 2019, the company faced a lawsuit for subsidizing wages with tips. When the campaign started gaining traction, the company commented that its pay structure has not changed since 2019.

Some workers received certain health benefits after they staged a walkout in March 2020.

The San Francisco-based company was founded by Apoorva Mehta, who earlier worked as a supply engineer at Amazon, in 2012. It was initially bleeding money, but managed to post its first monthly profit in April 2020, netting $10 million.

In its most recent fundraising, in March 2021, Instacart was able to generate US $265 million from investors like Fidelity Management, Andreessen Horowitz, Sequoia Capital, and D1 Capital Partners. The start up was valued at US $39 billion during the fundraising.

The food delivery startup hopes that the decrease in valuation will help it retain top workers, while attracting newer talents.

In a statement, the company commented, “Our team built Instacart into the market leader it is today, and we believe investing in them is the right thing to do. Markets go up and down, but we are focused on Instacart’s long-term opportunity to power the future of grocery with our partners.”

The company generated a revenue of $1.8 billion in 2021. However, rising inflation and high interest rates have put a damper on future projections.

On March 23, the delivery service announced the launch of the Instacart Platform, which will offer its software management services to e-commerce clients. This will help companies track and fulfill orders, while providing unique insights and data.  Offering these services could boost revenue and increase investor confidence ahead of a potential IPO. Commenting on the new service, Fidji Simo, CEO of Instacart, stated that the company understands how incredibly hard it is for retailers. “We started as the e-commerce and fulfillment partner of choice for grocers, and we’ve been building on that foundation to broaden and deepen our capabilities, in order to help retailers innovate faster than ever on their own properties.”

Industry experts believe that the company will go public by the end of this year. There has been no official confirmation from the company about it, but analysts are of the opinion that the company could use this to expand its reach and provide a fresh range of services. In a conversation with Studio 1.0, when asked about the IPO Simo asserted that, “At some point, of course, but I really want to make sure that the company that we do take public is a company that’s reflective of this new, bolder vision.”