The recently launched Microsoft Windows 10 failed to make a mark due to some UI deficiencies. Under the name of ‘Project Neon’, Microsoft is now planning to modify Windows 10 UI.  Attempts are made to transform the vastly used Windows 10 OS into the most attractive and the cutting-edge OS.

Project Neon: On February 9, Ton Hounsell took to twitter to give us a ‘sneak-peak’ of Microsoft Windows 10 UI update. The official announcement of the Project has also been done by the Windows giant at a celebration of Microsoft Developers Day.

The refresh Microsoft Windows 10 UI comes up with updated design language, MDL2 and will bring a lot of up-to-date changes. The transparent blurring animated effect which is also present in Microsoft Groove seems to be baked in the design of the upcoming altered version.  The featuring of transparent menus in the design let the OS bridges the gap in accordance with the advanced technologies. For instance, such translucent appearance is also seen in HoloLens’ hologram as it appears on the layer of the real world. Microsoft calls this effect as ‘Acrylic’; used in high-end AR and VR-based products.

Microsoft will arrive with Redstone 3 update under NEON in late 2017; thereby will make the Windows 10 UI interactive and alluring. Although Windows 10 is the last version of windows, Microsoft is on a convincing-mode that they will keep their OS always powerful and futuristic. The updates will be available with every advances arrived in technology. 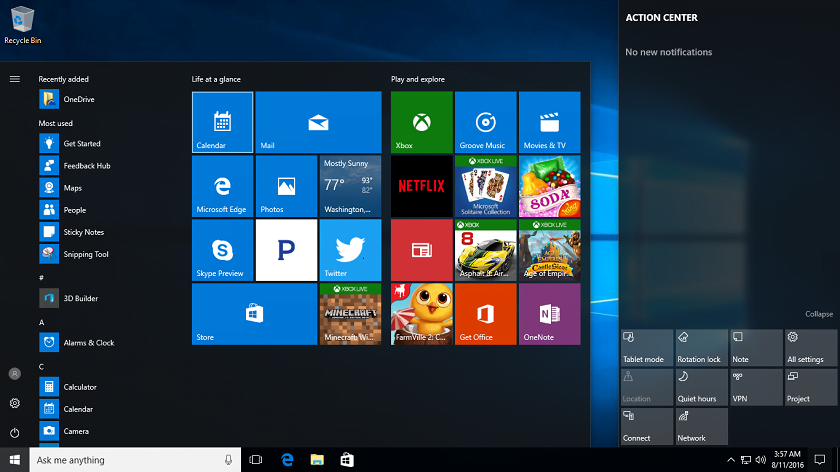 By the released screenshots, we can estimate the refresh UI of Windows 10 will be bearing attractive animations and effects, improved typography, smooth and rapid transitions and high multitasking support.

The cross-platform Apple.Inc has a very appealing MacOS UX while Windows 10 provides you more freedom and flexibility and stands nowhere down the lanes. With its improved design cues and animation, Windows 10 might be the most high-end OS.

The Windows 10 refresh UI going to be built in ‘Project Neon’ gives us an indication that it will, by all means, be appealing and futuristic. Currently, we don’t have more information about the refresh version, but we expect to see more of it in the Microsoft’s upcoming BUILD 2017 developer conference on May 10.

What Future Tech Will Rule Our Homes