PS5 vs PS4 Pro? Now that’s a question that needs thorough consideration if you’re a gamophile like me!

PS5 vs PS4 Pro? What would you pick? Let’s find out on the basis of each device’s specifications, features and user reviews.

The PS5 is more powerful than the PS4 Pro in terms of GPU-CPU. Also, games load more easily and quickly in the PS5 because of the efficient internal NVMe SSD. The controller also has the DualSense feature, which is a game-changer in itself. The controller uses haptic feedback and adaptive triggers to make the games more user-interactive and enjoyable. Though the PS5 is an easy recommendation due to efficiency, the PS4 Pro makes an equal contender because of the price. However, many gamers are in a fix having to choose between the PS4 Pro and the PS5.

The Sony PS5 costs $499.99, while the PlayStation 5 Digital Edition costs $399.99. The PS5 cost $100 more than the PS4 Pro launch price of $399 because of the new console’s cutting edge technology. Also, the PS5 design has attractive specifications for a console, with an AMD Zen 2-based CPU and a custom RDNA 2 GPU with over 10.28 TFLOPs of computing power. 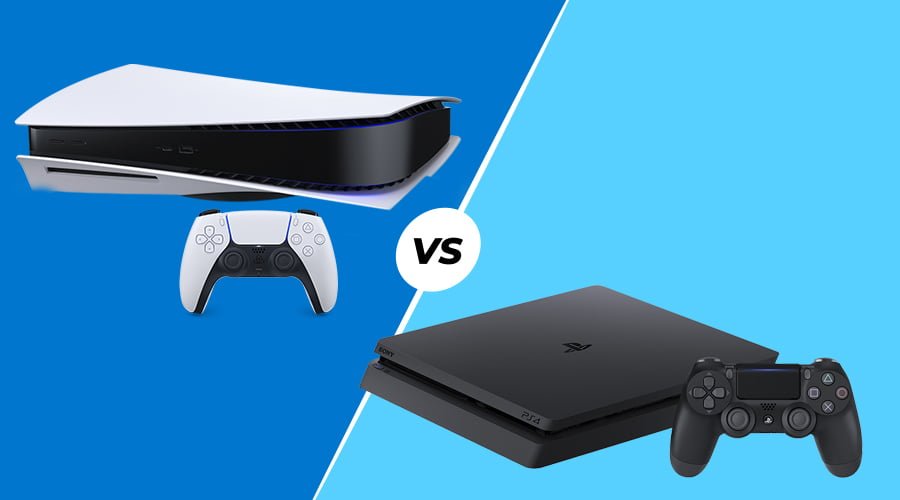 The PS5 controller can also graphically intensify a game through ray tracing. Ray tracing method is a newly developed feature that renders light and shadows beautifully in a game and makes it more realistic. Another distinctive feature of the PS5 is the solid-state drive (SSD) of 825GB. With this enhanced drive, games load up to 19-times faster. Comparatively, the PS4 Pro has an old HDD. The PS4 Pro doesn’t have the 4K Blu Ray player like the PS5 console, nor can it offer a disc-drive free like the all-digital PS5 console. The PS5 console also has a new audio engine called the Tempest 3D audio. This is a unique form of spatial audio that can handle hundreds of PS5 games sound sources.

PS5 vs PS4 Pro: Which console is better?

The PS5 is the biggest console ever created by Sony. The PS4 Pro, on the other hand, is like a typical traditional console, slim and light at 3.3 kg. The PS5 is gigantic than the PS4 Pro; however, it is much quieter and produces lesser heat.

In terms of gaming, almost every game is backward-compatible on PS5. Games like GTA 5, Madden 21, and Destiny even have significant PS5 overhauls and will also get a free next-gen upgrade. The new PS Plus subscriber perk by Sony titled the PlayStation Plus Collection offers PS5 owners free access to 20 best-ever PS4 games to download on the consoles from the start. However, the condition is that the subscribers will have to remain engaged in the service.

The PS5 also has several games that will be exclusive to the next-gen. Also, upgrading from a Pro console is tough. The PS4 Pro already supports 4K for many games at average performance, and gamers will have to shell out more money for a 4K TV with HDMI 2.1 support to fully benefit from the PS5’s gaming power.

If the budget is strict, a PS4 Pro is the best buy if a person needs an efficient console with high specifications, the PS5 a more powerful, faster console choice.

Best PlayStation Controller to Buy in 2022