Raspberry Pi launches a $4 microcontroller with a custom chip

Raspberry Pi microcomputers are one of the efficient machines available. They can be used for anything, be it for homemade cameras or cucumber sorters. The company recently launched microcontrollers and custom silicons. This is the new $4 microcontroller, which is micro in size than the regular Pi. The device has a custom chip that is potent enough to power machine learning projects. The product is on sale on the official website. (according to The Raspberry Pi Foundation), and is on sale now. 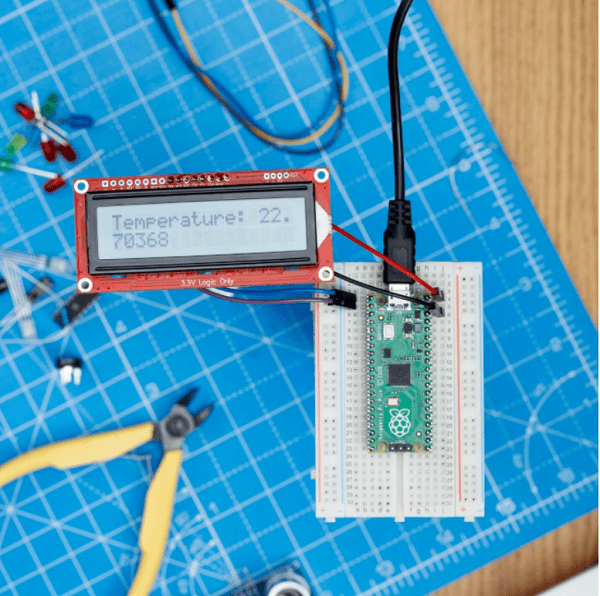 The recently launched microcontroller is the firsts for the microcomputer maker. The Pico is powered by a custom chip named the RP2040 and houses the new chip, 2MB flash memory, a suitable clickable button, and a Micro USB Type B port.

The Raspberry Pi Pico microcontroller is now available with approved resellers for a price of $4.

The Raspberry Pi Foundation is also partnering with leading companies like Arduino, Adafruit, and Pimoroni to integrate and develop the new RP2040 chip and incorporate it into other boards and gadgets. The notable devices to have the Pico are Pimoroni’s PicoSystem game console, Adafruit’s Feather RP 2040 board, and the Arduino Nano RP2040 Connect.

Raspberry Pi includes a series of small and efficient single-board computers. They are developed in the United Kingdom by the Raspberry Pi Foundation in collaboration with Broadcom. The Raspberry Pi project was initially aligned towards promoting basic computer science in schools and developing countries. However, later the original model became more popular, sold beyond its target market, venturing successfully into the field of robotics. The devices are in present times widely used in many areas, like weather monitoring functions. It became popular due to its affordability, modularity, and open design.

Post releasing the second boards, the Raspberry Pi Foundation established a new Raspberry Pi Trading entity that focused on developing technology. The Foundation was later rededicated as an excellent educational charity to promote the teaching of computer science. The Raspberry Pi is a popular and widely sold British computers. As of December 2019, a staggering amount of more than thirty million boards are sold. Most of the Pis computers are created in a Sony factory located in Pencoed, Wales, while other devices are made across China and Japan.