Are you ready to pay $1,500 for the world’s first holographic smartphone?

RED, the company better known for high-end film cameras has announced the world’s first holographic smartphone. The USP of the device dubbed ‘Hydrogen One,’ is that it features a virtual-augmented and mixed-reality holographic display.

The device comes in either aluminum or titanium casing. It will be powered by Google’s Android operating system and is available to pre-order today.

For those who do not know, RED has made its name by selling high-end film cameras used to create Hollywood movies like Transformers: The Last Knight and Guardians of the Galaxy Volume 2.

Hydrogen One features a 5.7-inch ‘holographic’ display that will completely eliminate the need to wear VR glasses when viewing 3D content, multi-view content and interactive games. It’s unique ‘modular component system’ will allow users to use attachments to capture high-quality photographs and videos. By the way, it also includes hydrogen format holographic images.

RED’s announcement contained a teaser image of the holographic smartphone. The image below is the same one that appears in the Hydrogen One teaser. 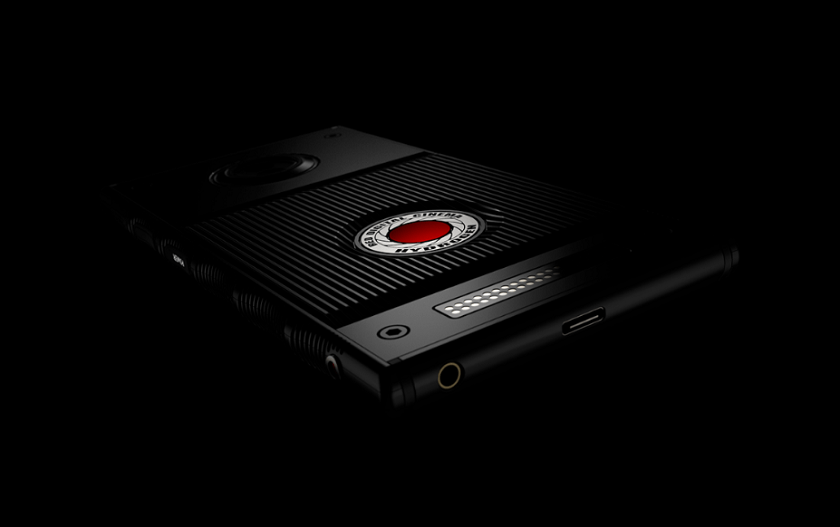 The holographic phone will be compatible with RED’s cameras like EPIC, Scarlet, and Weapon.

The company is yet to reveal major Hydrogen One specs. The image confirms connectivity, charging. Storage-wise there’s only one USB-C port and an expandable micro SD card slot. The teaser image also confirms a headphone jack.

The company says the design of the holographic device may change. The holographic phone maker is uncertain if they will be able to fill all orders on time due to display production limitations. RED will also not guarantee the special prices at the time of release. Another disappointment, modular attachments won’t be available at launch.

Coming to Hydrogen One price, the holographic phone starts at $1,195 (Aluminum variant), with the Titanium variant costing $1,595. They say good things in life don’t last forever, but we wish RED would keep the current pricing for as long as it keeps manufacturing the holographic phone. Early birds will receive a special small token.

Shipments will begin in early 2018.