Since its innovation, 3D printing technology has transformed the way we create things. Food, medicine, electronics, military, toy, automotive, and jewelry are a few prominent sectors to have embraced the technology. The introduction of 3D print has made things easier. It helps in creating affordable prosthetics, advanced space missions, construct home models, and much more. With this in mind, a Kickstarter campaign has arrived with World’s first 3D pen. The startup aims to cater innovation with sustainability. This pen prints 3D models by recycling plastic. Sounds strange? Sure, it does. We’ve brought everything that you need to know about this fascinating Renegade 3D Pen. 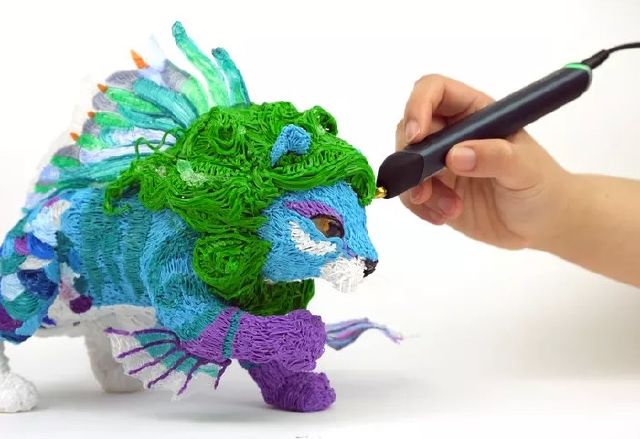 Pokémon Go, the new augmented reality game, is on rage these days. From teens to adults, everyone is busy hunting Pokémons down the narrow street lanes, parks, and buildings. How would you feel if you can create one of those on your own? And not only this, if you’re a fan of design and fine arts, you can create beautiful 3D sculptures from waste plastic bottles. This way, toxic plastic gets transformed into something beautiful and worth keeping rather than ending up in a dump yard.

The world’s first 3D pen was born with the aim of being catered as a perfect item to eliminate expensive 3D printing filaments. It aims to save the environment by reusing and recycling plastic waste for 3D prints. The sustainable technology can recycle plastic bottles, bags, and files. This 3D pen offers a great 3D print experience.

Renegade 3D Pen – How it Works? 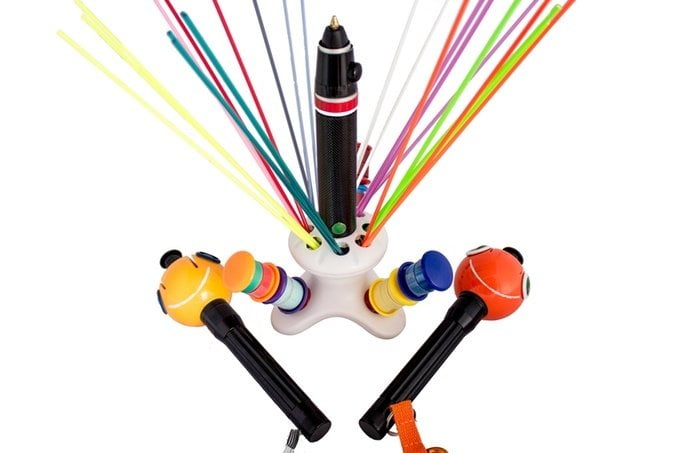 Renegade pen uses a powerful and robust extruder. It includes a heating system and screw-feeder mechanism. These two are incorporated to transport, demolish, and liquefy the plastic tape. The plastic bottle shredder ‘ChupaCut’ produces the tape. The 3D converter offered in this pen can convert 2D images into fascinating 3D sculptures too. The ChupaCut can be used in other artworks or DIY projects.

The rotating screw of pen pressurizes the heated plastic to proceed further in an even manner. Once it’s done moving, it is extracted from the nozzle. The liquefied plastic further cools down leaving a stable, solid spatial structure. Renegade uses a powerful motor driver and gearbox. In other words, it eliminates well-known concerns in plastic materials faced by rival 3D pens.

One can easily adjust the temperature, i.e. 50°C to 320°C, with the help of a single controller. A single button controls the speed of the device making it convenient for users to use the pen according to their preferred speed. 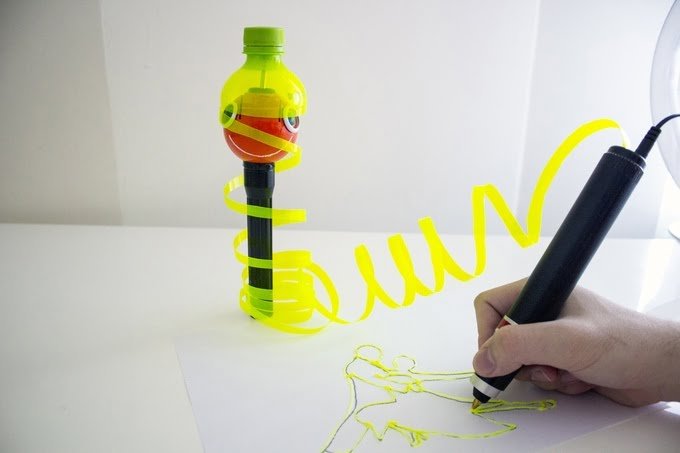 So far, the startup has raised more than $37,000 in pledges with more than 300 backers. They have easily surpassed their mark of $32,860. The Kickstarter campaign will end on August 29. The estimated month of delivery posted on the website shows February 2016.

The sole mission of this startup is to restore, save, and recreate the environment. The website notes, a trillion of plastic bottles and bags are utilized globally per year. The project can recover hardly 5 percent. As we all know, plastics may take up to 500 years or more to degrade. Meanwhile, millions of mammals and seabirds will die every year due to toxic waste in the oceans. The 3D pen can recycle the plastic saving 200 acres of waste generated due to plastic bottles and bags. Renegade will not only create beautiful artworks, but also a strong, positive impact on the environment.

Pledged at almost $105, the 3D pen set will include a pen, 3D stencil converter, and a Chupacut shredder.

So what are your thoughts? Would you like to use this 3D pen? How about you create your Own Pokémon from plastic waste? Sounds cool, isn’t it?