Mobile technology has advanced so rapidly within the last few years that it stuns us. Around a decade back, smartphones did not exist, laptops were heavier, and PCs were bulky. But in a very short time span, gadgetry and the tech have gone thinner and lighter; all that we imagined is now a reality. There is, however, still one spot that bulges out in every smartphone or other such gadgets – the camera lens. The Caltech lensless camera is a surprising development: a camera that replaces the lens with OPA.

When we refer to a camera, what strikes a majority of us first is the camera lens. Focusing on the images in different manners and taking high-quality pictures requires the out-bulging layer of glasses. While we keep our phones on the floor or on some flat surface, we fear that dust might stick to the lens. It is not a common thought to get rid of these bulging lenses from our smartphones. But researchers at Caltech have got a perfect solution to get rid of the camera lens which sticks out of the sleek backside of your smartphone.

The new camera design by the researchers at Caltech uses a very thin optical phased array in place of lenses. This new design substitute, a set of light receivers instead of a lens, is capable of making your camera’s light, flexible, and cheap. The OPA, basically, manipulates the incoming light to take a snap. It computationally functions in the same manner, how lenses do with the pieces of glass.

To simulate the effect of the lens, the lensless camera uses optical sensors and math. In a lens, the curve bends the path of the light and focuses it into a film or sensor. On the other side, OPA has a set of light receivers which enables the camera to focus in different directions. Likewise, you can snap in different directions by adjusting proper focus with the basic time game. The timing control – in femto second, as in the quadrillionth of a second, helps you change the focus of the light received at different locations on the OPA chip. 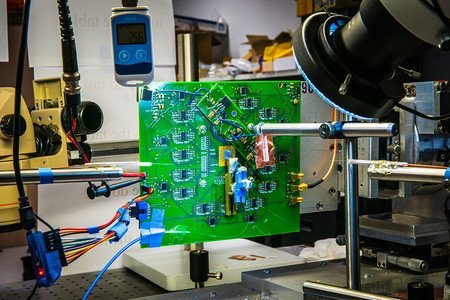 Ali Hajmiri, Bren professor in the Engineering department at Caltech and the chief investigator of the paper of the lensless camera describes the basic construction of the camera – they have created a thin single layer of silicon photonics that mimics the lens and a camera sensor, reducing thickness and the cost of digital cams. The camera manipulates the OPA and carries out simple adjustment to mimic the camera lens.

The research paper of the Caltech lensless camera was presented at the OSA Conference (Optical Society of America) and was made live by OSA in their OSA Technical Digest in the March of this year. The research team at Caltech has previously showed similar inventions. A technology to turn your phone screen into a projector was one such incredible tech.

The 2D lensless camera is capable of capturing even low resolution image of a barcode. But we cannot, all of a sudden, expect an image as impressive as your iPhone. The introduction of the concept is a marvelous thing that may drive the camera tech in future. The chip currently has an 8*8 grid with 64 sensors and the team is now working to scale the invention to lend high-resolution images.