Research Gate start-up brought to life by Ijad Madisch in 2008 is a Facebook-like social media platform targeting scientists and researchers. The scientific research in any of the concerned disciplines may have some valuable feed from the experts of the same field, thanks to this specialized social media. Research Gate is not to overturn the technique and the research principles of the scientists and the researchers but it is to get the relevant feed to clear your confusion. You never know when the feed helps you to explore your ideas better.

How will it help?

The Research Gate initiative will help researchers stay active on the virtual platform; transpiring them about the innovations happening around the globe. This may reduce the redundancy in the innovation field because the researchers will be aware about the people working on the same type of idea. This may also benefit the users to know where they stand with their research. Hence, they could polish their work by considering relevant feed.

Some of the researchers having same type of work arena may group in to have a high-quality research output. This may benefit the world for they get high-end outputs and also the researchers for they get some inputs from the experts; the feed which they always strive to get before putting their work in implementation. 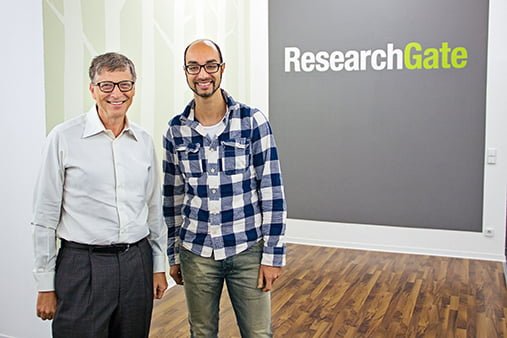 Madisch, on last Tuesday, announced that company has received $52.6 million from big names to advance its business in November 2015. Surprising, isn’t it? Renowned names such as Goldman Sachs and Bill Gates invested their wealth in this 9-year-old Berlin company.

The reason behind unveiling the investments from big-name investors is that in Germany the companies have to submit the annual financial report. Research Gate is also supposed to disclose their financials of 2015 to the German government. According to Ijad Madisch, talking about the funding is extremely boring; the companies should talk about the impact rather than raising money.

The open platform for scientists, Research Gate has received $87 million of funding for their innovative start-up. They have utilized the funding in developing the highly powerful computing infrastructure in Toronto, Canada. Some part of the wealth is also used to increase their potential employees; 120 members in 2015 turned to over 300 members today. Madisch said that they will be expanding their company operations in a new country. Exactly they haven’t decided the centre yet, but they will make this move, expanding their start-up potentially in next 15 months.

Today, 12 million users have signed up at the specialized social media. The response is so positive that daily around 2.5 million research papers appear on the Research Gate. It opens up a wide opportunity for the researchers to work with the like-minded people. Thus, the level of output will be at par for different mindsets combine to provide a finished result, covering each and every perspective.