Experience the top-rated performance of the newly launched PS5, its review, specs and other functionalities.

Sony recently launched the PS5, giving players a top-notch gaming console with mind-blowing games. PS5 already shattered many record sales upon its release due to its revolutionary changes in its technicality and DualSense controller. Additionally, Sony is also releasing the PS5 Digital Edition, a console, only without the disc drive.

The two-toned PS5 console has a futuristic look, with a black portion on the inner side and two white shells on each end. The console also has some new touches on its hardware, and players can see Square, Triangle, Circle, and X symbols in a textured pattern. A similar design also exists on the DualSense controller.  The console has some excellent hardware features and needs a powerful cooling system to keep it running efficiently.

Towards the back, there are two super-speed USB Type-A ports, an HDMI port, a LAN connection, and the power supply button. The front side has an additional high-speed USB Type-A port along with a USB-C port. The package comes with an HDMI 2.1 cable in the box that supports up to 120Hz. 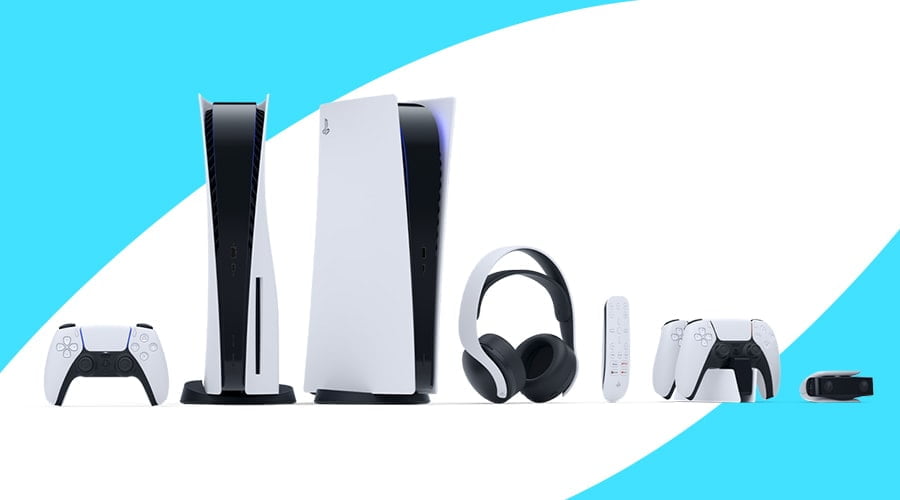 A powerful SSD system like the PS5 emits maximum heat and needs a super fan to cool it down. True to its efficient functioning, the PS5 fan is remarkably quieter than its counterparts. Though the backside does get hot at times, the fan efficiently cools it down to the minimum.  The PS5 has a backward compatibility feature, which means one can play almost every PS4 game on it.

The DualSense is a revolutionary tool with haptic feedback and adaptive triggers that enable a level of immersion into a game. The haptic feedback feature adds granular changes to the vibration motors’ mechanism in the DualSense function. The adaptive feedback adds tension and resistance to the same triggers depending on what the player is doing.

The DualSense has an internal battery at 1,500mAh, and with its functionality outstand the DualShock 4. Players can also adjust the lightbar’s brightness in the settings panel of the PS5, though they cannot be turned off completely.

The PS5 user interface is simple and identical to PS4, with a clean interface and smooth functioning. There is also a dedicated section for the fully integrated PlayStation Store located in the interface and multiple sections like Latest Games, Collections, Subscriptions, and a browser. In any of the mentioned sections, players can easily select whether they want to view the PS5, PS4, free-to-play, or PS Plus games.

The interface automatically brings the TV & Video apps, displaying popular services like Netflix, Disney+, Amazon Prime, Hulu, and many more in the media section. The updated Control Center gives easy access to widely used features on the PS5 like the power features, sound, notifications, friends list, and many more. Players can also access new Activities cards on this panel. The official game help allows PlayStation Plus members to get official game guides and view hints of certain games.

The PS5 Digital Edition by Sony has every great feature at $399. Though it doesn’t have a disc drive, it is the best digital age tool available.

The PS5 release date, price, and more - Everything you need to know about