League of Legends maker Riot Games has filed a lawsuit against a Vietnamese app-maker.

Vietnamese gaming studio Imba Network’s I Am Hero: AFK Tactical Teamfight allegedly copies a number of factors from the League of Legends-inspired battle game Teamfight Tactics, which was initially released in 2019. In TT, players fight against seven other opponents and build a team to survive.

Riot has accused the Vietnam-based competitor of copyright infringement and copying materials directly from the game. Teamfight Tactics was released on Android and iOS in 2020. It has been downloaded over 10 million times on Google Play. On the other hand, I Am Hero: AFK Tactical Teamfight has been downloaded over 500,000 times from the Play Store. Reviews on Google Play under AFK Tactical Teamfight mention that the game is a “shoddy copy of AFK Arena and every game mechanic is the same.” Another gamer adds, “Game itself is a good Autochest, however, all units are replicas of League of Legends champions.” 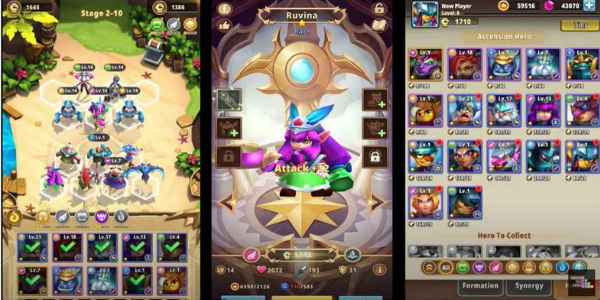 The California-based developer filed the suit in federal court in Los Angeles, attempting to prevent Imba from selling its autobattler game. As per reports, Imba has denied copying the game. The dispute was first reported by Polygon.

Riot lawyers mentioned that they have filed a cease-and-desist letter with Imba which has an “extensive but non-exhaustive side-by-side chart of copied characters and gameplay elements.”

In the lawsuit, Riot has laid out side-by-comparisons of characters, concepts, and even character descriptions that appear to have been copy-pasted as is from League of Legends.

For example, the character named Teemo Lore’s description in League of Legends reads – Undeterred by even the most dangerous and threatening of obstacles, Teemo scouts the world with boundless enthusiasm and a cheerful spirit. A yordle with an unwavering sense of morality, he takes pride in following the Bandle Scout’s Code, sometimes with such eagerness, he is unaware of the broader consequences of his actions. Though some say the existence of the Scouts is questionable, one thing is for certain: Teemo’s conviction is nothing to be trifled with. (Teemo  – The Swift Scout)

In comparison, Tomee Lore’s description in I Am Hero: AFK Tactical Teamfight is as follows – Undeterred by even the most dangerous and threatening of obstacles, Teemo scouts the world with boundless enthusiasm and a cheerful spirit. A goblin with an unwavering sense of morality, he takes pride in following the Amethias’ Code, sometimes with such eagerness, he is unaware of the broader consequences of his actions. (Tomee – The Hasty Scout)

Riot goes on to provide further examples where character names, abilities, and icons appear to be exact matches or have slight variations to those in the original game. Before Riot filed the suit, many players mentioned the similarities in multiple reviews and called out the near-identical concepts.

Riot has asked for $150,000 per instance of copyright infringement, as reported by Polygon. Imba Network’s I Am Hero: AFK Tactical Teamfight is a free-to-play game with in-app purchases.

Riot wants the US court to block the game and award damages at the earliest.

Previously, in 2018, Riot Games’ parent company, Tencent Holdings, had taken Moonton, a subsidiary of ByteDance, to court. They won the $2.9 million case in a Chinese court over Moonton’s Mobile Legend.

In December of last year, Riot Games settled a class action lawsuit for $100 million. The case was filed in November 2018 by two former employees, Melanie McCracken and Jess Negrón, alleging gender discrimination as well as sexual harassment and misconduct. The lawsuit prompted two separate investigations by California state agencies. The company had initially tried to settle for $10 million, but was blocked by California’s Department of Fair Employment and Housing (DFEH). The agency argued that the victims were entitled to as much as $400 million in damages.