Some competitors of Rivian that have taken the Spac route are the European electric vehicle startup Polestar.

Rivian, a startup that quickly got funding from Amazon and Ford, and other investors for its EV tech and an excellent first product, is taking the traditional route for its IPO rather than the preferred Spac route by many other startups.

Spac or the Special Purpose Acquisition Company (SPAC) is formed for the sole purpose of serving as a vehicle for raising investment capital through an IPO. It allows companies to skip tedious regulatory paperwork and other rules. The money is held in a trust until a predetermined period elapses or the desired acquisition is made.

There are a number of benefits of a SPAC merger, including lower costs and faster IPO. Since it is a shell company, there is no need to provide past performance numbers, and one can project for future earnings.

An IPO, on the other hand, is more tedious and requires a lot of filings. In essence, it’s a very deep dive into the company and why you might want to invest in it. 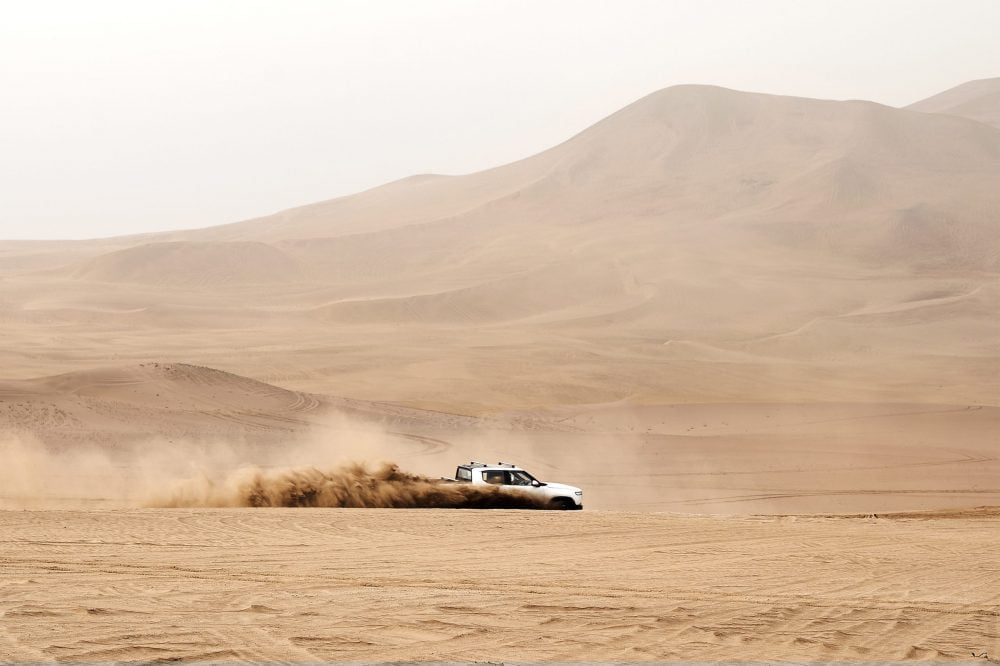 Rivian’s initial public offering (IPO) is seeking a valuation of more than $70 billion.

Spacs backed by record levels of capital, pursue early-stage startups in their bid to zero in on the next Tesla or Amazon or budding decacorn. For startups, instead of going through the stage C or stage D funding route, SPACS have become the default route to raise money as fast as possible. The concerns are that most of these startups have not reached the mature stage of being able to handle a public IPO.

Some competitors of Rivian that have taken the Spac route are the European electric vehicle startup Polestar. It is going public at a $20 billion valuation. Polestar will combine with the Spac Company Gores Guggenheim Inc.

This makes Polestar one of the most valuable electric vehicle companies to go public through a Spac. It even tops Saudi-backed Lucid’s $12 billion valuation through Michael Klein’s Churchill IV. Although its $15-a-share private investment in a public equity deal, known as a Pipe, it set a valuation of $24 billion.

Some of the SPAC deals have not escaped scrutiny for their high valuation.

Nikola went public via a SPAC in early 2020 and was valued at more than $3.3 billion. The company’s founder had to face criminal charges for over-valuation, unmet promises, and a warning from the SEC about companies misleading investors in SPAC deals.

Lordstown Motors merged with a SPAC in March 2021 and is down significantly from its first trades. It’s also under investigation by the DOJ for vehicle preorders ahead of its deal.

Last year, Spacs raised a record $83.4 billion across 248 public offerings, according to SPAC Research, and another 170 Spac initial public offerings have raised $54.7 billion this year. The clock is ticking for most newly listed Spacs as they need to find companies to acquire within two years of their formation.

Rivian’s initial public offering (IPO) is seeking a valuation of more than $70 billion.

Rivian got a $2.5 billion round of investment led by T Rowe Price. Rivian is backed by Amazon and Ford Motor, and the new round takes its total investment to at least $10 billion, including a $1.3 billion round in December led by T. Rowe Price and including Amazon, Ford and BlackRock, according to Reuters.

Rivian received $440 million as a direct investment from Amazon’s Climate fund. Rivian will see the majority of its initial sales from a pre-existing order for 100,000 electric delivery vans from Amazon.

The filings have revealed that the company lost $1.02 billion in 2020 and lost $994 million in the first six months of 2021 as it geared up for the launch of the new R1T electric pickup and R1S electric SUV.

No official IPO date has been set for Rivian, but rumors say it could happen as soon as mid-November 2021.