The new autonomous colleague will accompany the ISS astronauts on their next space expedition. A German astronaut Alexander Gerst will embark on his second six-month mission to the ISS called Horizons in July with five other human astronauts and CIMON.

“Having AI — having that knowledge base and the ability to tap into it in a way that’s useful for the task that you’re doing — is really critical for having humans further and further away from the planet,” Kirk Shireman, NASA’s ISS Program Manager, said during a pre-launch news event on June 28 (Thursday). 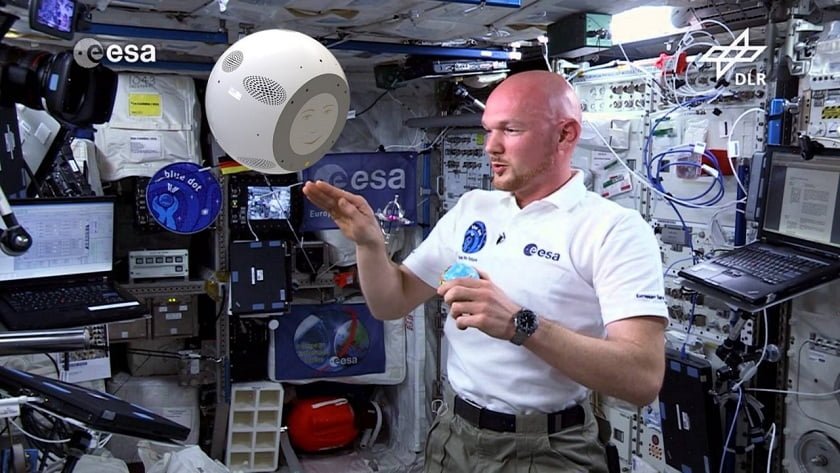 What Will Robotic Astronaut Do In Space?

CIMON is a medicine-ball sized floating device weighing approximately 11 pounds. It is developed by robotics experts of European aerospace organization Airbus Space on behalf of German Aerospace Center (DLR). The robotic astronaut is equipped with artificial intelligence (AI) developed on IBM Watson technology. Adding to this, CIMON also features a face (though it appears like a cartoon).

The robotic astronaut CIMON accompanying human astronauts is basically a technology demonstration project and an observational study initiated by NASA ISS. The ISS team at NASA aims to leverage artificial intelligence advantages with respect to scientific, logistic, and emotion support to astronauts during long-mission trips to space.

“We want to study the psychological effects of long space missions on crew members and try out suitable countermeasures, especially those that reduce stress. We will place special emphasis on data mining and interactions between humans and AI,” said Till Eisenberg, Project Lead at Space Systems in Friedrichshafen. 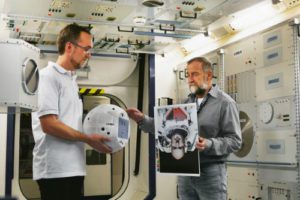 The new autonomous crew member is designed to act as a personal assistant capable of facial and voice recognition. Presently it is trained with Gerst to recognize him, in particular, using his voice samples and “Gerst and non-Gerst” images, reports Matthias Biniok, IBM Lead Watson Architect for Germany. Though there is definitely a scope of CIMON interacting with other team members by watching and observing them during the space voyage.

On this ground, CIMON needs to accomplish three simple tasks during its first trip to space while partnering with Gerst. Firstly, it has to assist crew members in activities such as experimenting with crystals. Secondly, the robotic astronaut must support the team while solving specific time-based motor skill task like Rubik magic cube. Lastly, CIMON needs to document a complex medical experiment using its ‘intelligent’ flying camera.

“CIMON will be able to access lots of relevant information, including photos and videos, about the procedure in question. And the astronaut assistant is smart enough to deal with questions beyond the procedure that Gerst might have,” said Philipp Schulien, a CIMON system engineer at Airbus.