Rocket Lab is merging with the SPAC Vector Acquisition Corporation, and once the deal closes in the second quarter of 2021, the new company will be known as Rocket Lab USA, Inc. The Long Beach, California-Based company has been valued at $4.1 billion for its IPO.

Rocket Lab already has a smaller launch vehicle called Electron and is a component supplier to several spacecraft manufacturers. 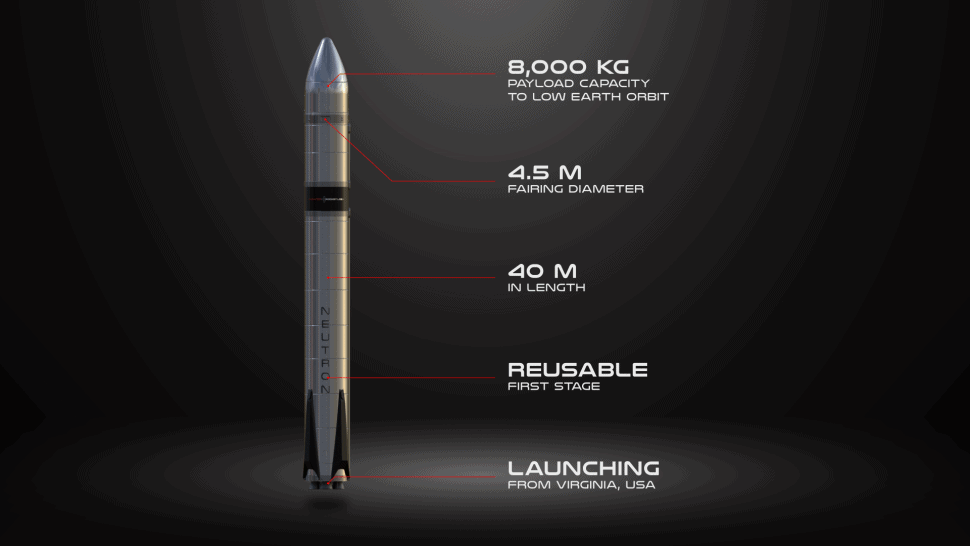 Neutron is a two-stage reusable rocket, which will include a first stage that returns to Earth and lands propulsively on a platform stationed at sea, much like SpaceX’s Falcon 9.

Rocket Lab founder and CEO Peter Beck said in an interview to Techcrunch, “We have the benefit of flying Electron [Rocket Lab’s current, smaller launch vehicle] for a lot of customers. and we also have a Space Systems Division that supplies components into a number of spacecraft, including some of the mega-constellations. So we have very strong relationships with a lot of different customers, and I think we get unique insight on where the industry is going, and where the pain points are.”

Neutron is a two-stage reusable rocket, which will include a first stage that returns to Earth and lands propulsively on a platform stationed at sea, much like SpaceX’s Falcon 9.

Neutron was built, keeping in mind the market demands. Neutron is likely to be used to deliver nearly 80 percent of the satellites, according to Beck. And most of them are mega constellations by volume. Hence, taking into account that most large launch vehicles have taken off half-full resulted in them arriving at Neutron’s eight metric ton (just over 17,600 lbs.) total cargo mass capacity. The aim is to arrive at a tonnage that sees the cargo going full at all times.

“We’re covered in scars and battle wounds from the development of Electron. The one thing that Elon and I agree on very strongly is by far the hardest part of a rocket is actually scaling it — getting to orbit is hard, but actually scaling manufacturing is ridiculously hard. Now, the good news is that we’ve been through all of that, and manufacturing isn’t just as product on the floor; it’s ERP systems, quality systems, finance, supply chain and so on and so forth. So all that infrastructure is is built,” said Beck to Techcrunch

Electron has paved the way for Neutron in a way. Both will share elements like computing and avionics, and Electron has already shown what other features are required to get it up and flying.

Plus, the cost factor has led to the team going into hyper-efficiency. Electron costs about $7.5 million to build, but Neutron will cost in the vicinity of $60 -$80 million.

“If you’ve got a $7.5 million sticker price, you can’t spend $2 million on flight safety analysis, payload environmental analysis, etc. — you just can’t do that. With a $60 million or $80 million vehicle, you can amortize that. So we’ve kind of been forced into doing everything hyper efficiently. And it’s not just systems; it includes fundamental launch vehicle design. So when we apply all of those learnings to Neutron, we really feel like we’re gonna bring a highly competitive product to the marketplace,” said Beck.

Going public through the SPAC route, according to Beck, was to raise funds to build Neutron and collect capital to fund other projects. Also money is needed for some future acquisitions for growth.

The SPAC route was the most efficient in terms of cost and timeline, according to Beck. The SPAC transaction will provide Rocket Lab with approximately $750 million in cash to work with. The Spac route is not reliant on the stock performance, which gives a kind of security about the availability of capital.