SpaceX CEO Elon Musk’s ambitious space move in February 2018 made headlines in after the private American aerospace company launched a cherry-red Tesla car (Roadster) into space on a rocket to Mars. Now, a team of Russian scientists is making a mockery of Musk by sending a red toy car into space last week. 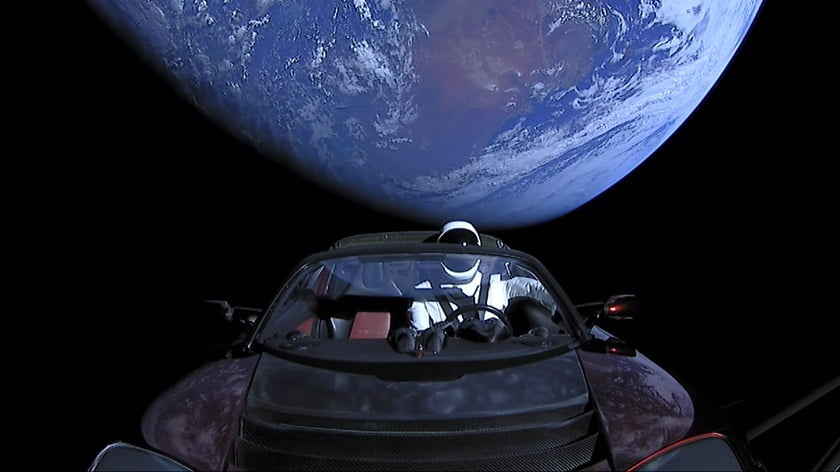 Positioned in the driver’s seat is “Starman”, a full-scale human mannequin clad in a SpaceX pressure spacesuit.

While SpaceX launched a full-sized car into orbit with a dummy “Starman” behind the vehicle’s wheel, Russia’s Tomsk State University researchers sent a toy car that’s a replica of red Zhiguli owned by the country’s Roscosmos space agency head, Dmitry Rogozin who is not trash-talking Musk. In a YouTube video shared by the team on Tuesday, the toy Zhiguli replica could be seen in a trip to the stratosphere with a cutout of a smiling Rogozin placed in the driver’s seat.

Similar to Falcon Heavy’s groundbreaking flight, which crowns it the world’s most powerful operational rocket, the team from Tomsk University also set new records with their ToSky project. The mockery space flight is recognized as the longest “stratostat” flight by any nation in the former Soviet Union since 2013, according to the Moscow Times. The project racked up as much as 16 hours of flight with Rogozin’s red Zhiguli. 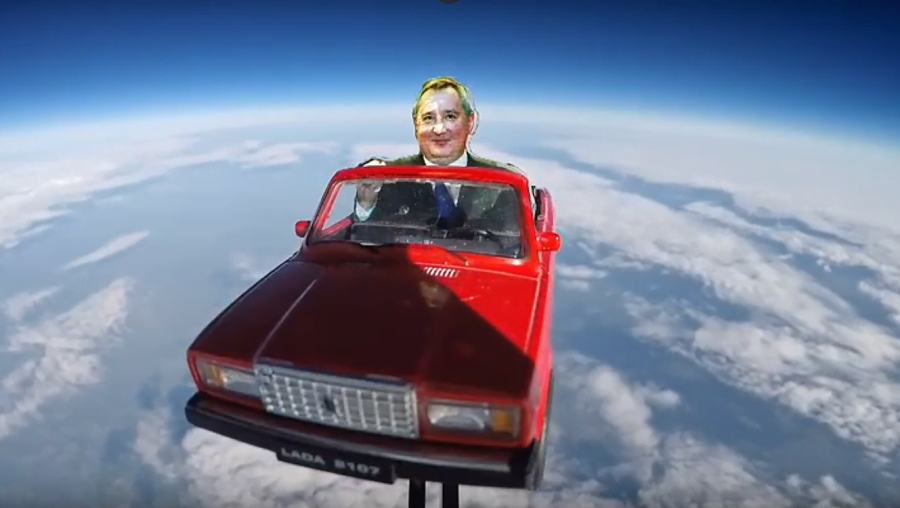 SpaceX CEO Elon Musk has been mocked by Russian scientists who sent effigy into space in a toy car, reminding us of Elon Musk’s Roadster launched into space in February 2018. According to the Moscow Times, ToSky project achieved a new record.

The university team’s flight took place on June 2, traveling at a speed of 80 49 mph (km/h). The team pushed beyond the Karman line (62 miles above the earth’s standard starting point of space) by far having achieved a total height of 93.2 miles (150km). The toy car landed 1,243 miles (2,000 km) away from its take-off point, between China and Mongolia.

Only a few probably expected Musk to send his personal car Tesla Roadster into space when the SpaceX CEO first announced in March 2017 that he would send the “silliest thing we can imagine” on Falcon Heavy’s voyage.

Musk’s Roadster continues to travel in its orbit, moving away from Earth at a speed of about 14,000 mph. The dummy behind the wheels of Roadster is almost 200 million miles from Earth and continues to beef up the rivalry between Roscosmos and Musk.