Since its introduction earlier this year, Intel’s Alder Lake CPUs have dethroned AMD as the best budget (sub $200) processor. AMD was busy focusing on its high-end chips last year, and it created a gap in the company’s portfolio when it comes to budget chips.

However, with the launch of AMD Ryzen 5 5500 and AMD Ryzen 5 5600, the company has finally shifted its focus to the budget PC market. Both these processors are part of AMD’s processor launching spree wherein the company launched as many as seven new series 5000 Ryzen CPUs this year. The chips are designed to bolster AMD’s ranking in both CPU benchmarks and gaming benchmarks in the budget segment. Both new AMD chips have six cores and 12 threads.

Although the series 5000 chips from AMD have consistently outperformed Intel’s chips in the high-end market, the company has refrained from launching sub-$250 chips for a long time. Consequently, the newer AMD chips for budget-oriented customers were long overdue.

The AMD Ryzen 5 5500 and AMD Ryzen 5 5600 are budget-friendly versions of the MAD’s ‘X’ models. The company has employed this tactic in the past, where the lower performing ‘X’ models were repurposed for the budget market.

AMD is keen to undercut Intel’s Alder Lake CPUs in the low-end market. Apart from slashing the prices of the 5000 series chips, AMD has also enabled support for the series 5000 Ryzen CPUs on older motherboards designed for the 300 series. 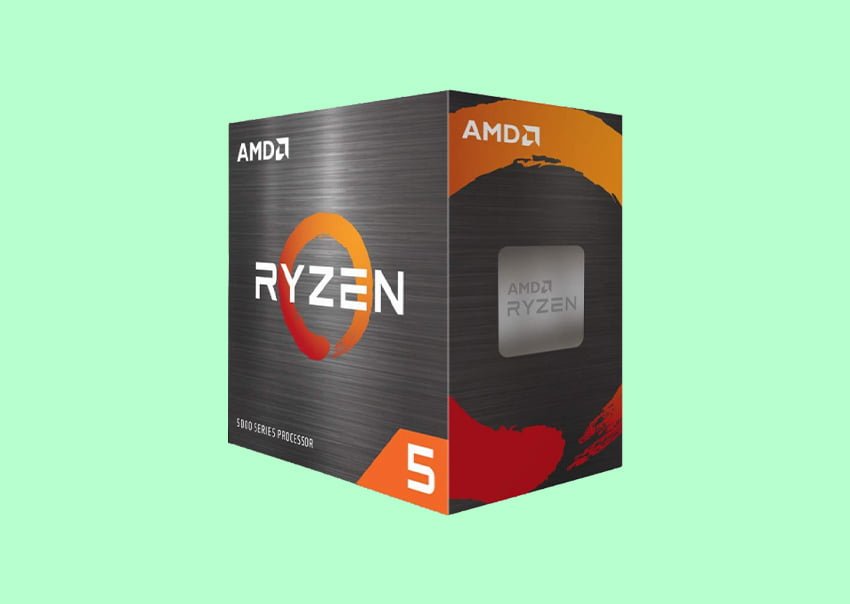 Although the AMD Ryzen 5 5500 and AMD Ryzen 5 5600 have drastically different designs, they do have a couple of things in common between them as well. Both processors come with a Wraith Stealth cooling system bundled with the processors. There is support for DDR4-3200 memory as well. Furthermore, both the chips are fully unlocked so that you can overclock both the CPU and the memory, which is a very welcome addition to the budget CPUs.

Who are these chips designed for?

The AMD Ryzen 5 5500 and AMD Ryzen 5 5600 are great for budget-friendly machines. As both the chips are compatible with the inexpensive 300 and 400 series motherboards, you can seriously cut down the cost of your build.

If you are upgrading your older AMD PC, both these chips can be a great choice. However, if you are trying to build a new PC, the choice is not that easy. The AM4 socket is soon obsolete, and upgrading in the future can be a big issue.

There are many more AM4 motherboards to choose from, and they are quite cheap as well.

Upgrading from series 3000 Ryzen CPUs, you would see a significant bump in performance. The six cores in both the CPUs are good for gaming and casual to semi-professional content creation.

The only thing to worry about is that the AMD Ryzen 5500 supports PCIe 3.0 speeds, and the integrated GPU is also switched off. So, you have to be more careful while choosing between the two.

The AMD Ryzen 5 5500 and AMD Ryzen 5 5600 are great chips for a budget build with a few caveats; most notably, the upgradability is a bottleneck issue. However, if you want to upgrade from older AMD CPUs or need a PC for casual gaming and office work, these chips can be a good option.