Technowize’s close look at the new member of the smash-hit Saints Row franchise.

In this exclusive Saints Row review on Technowize, we would try to decipher the mysterious veil of the new Saints Row game, which seems murkier than ever with young turk Kevin bossing the operations of the Saints. A rare (if not dangerous) combination of chef and machine gun-maestro, Kevin has the task cut out for himself in Saints Row 2022, with the survival-riddle becoming even trickier.

It’s indeed difficult, to say the least, to overshadow the extremely popular Johnny Gat, who is a major absentee in the latest edition of the Saints Row series. Let’s unlock the doorway to hell that leads us to Santo Ileso, the fictional city where Kevin and co. are trying desperately to fight it out with dangerous rival gangs, as their lives continue to hang in balance. 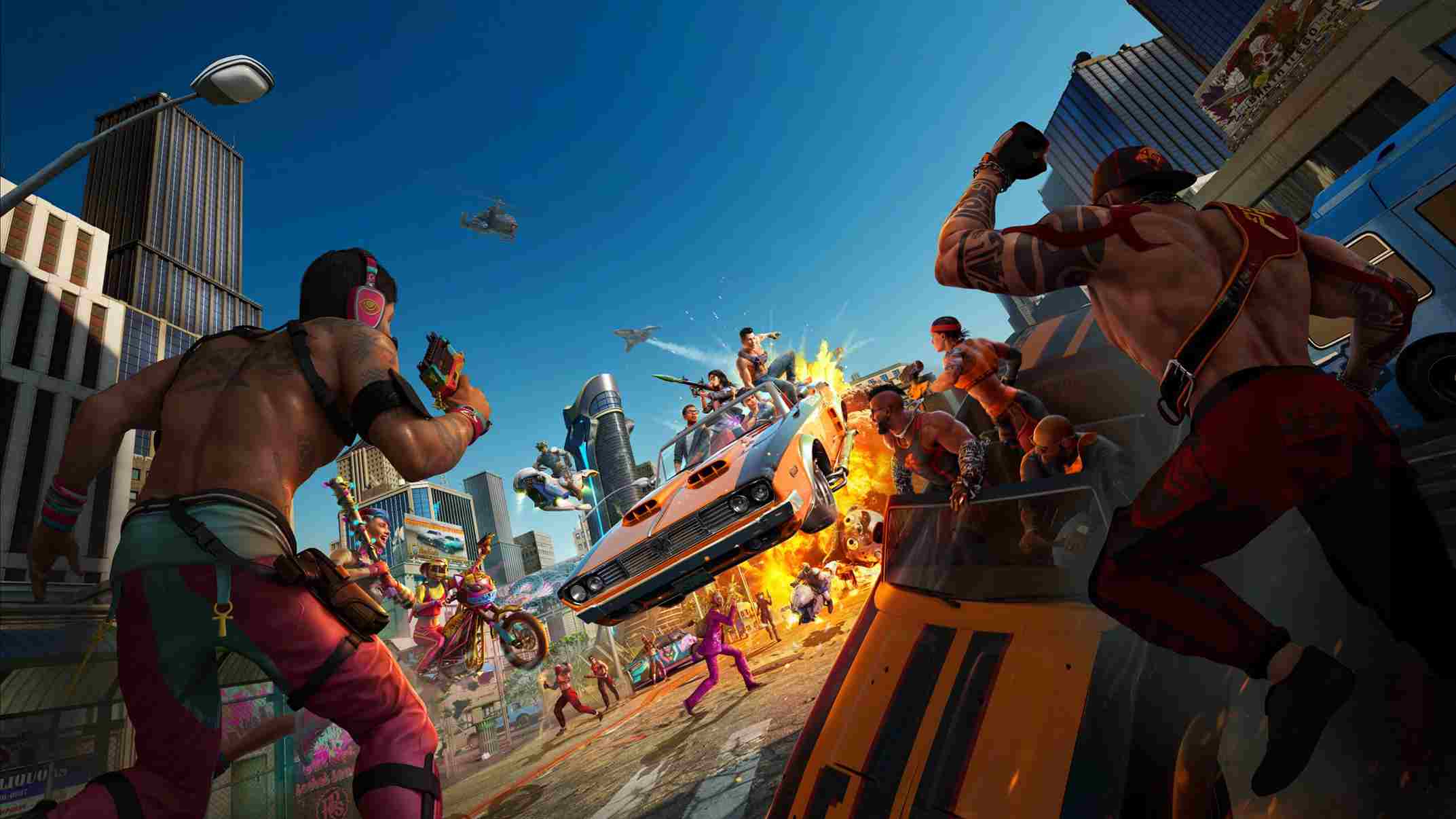 Bloodbaths are a common sight in Santo Ileso and with the introduction of deadly weapons like Marshall Rocket Launcher, the developers Deep Silver Volition has delivered a masterstroke. The new locale and the new protagonist seems to have helped the game to thrive in a great deal, a feeling which can be seen reflected in most of the Saints Row reviews. We must admit that dropping the tested Johnny Gat was undoubtedly a huge risk, but the initial reactions flooding all over social media platforms and popular gaming community channels prove that it was a risk worth taking.

The fascinating storyline and brilliant gameplay has managed to engage gamers, something which is prominently evident in maximum Saints Row reviews. Reports of characters T-posing, the game crashing at times and bug issues have posed speed breakers in its otherwise smooth road.

Deep Silver Volition needs to fix the bugs immediately as it’s creating a growing buzz and might turn out to be a party spoiler for the Saints. Otherwise, fans are elated with the improved gameplay and enjoying the fiery run in the city of Santo Ileso.

Kevin has the task cut out for himself in Saints Row 2022. [Image Credit: Saints Row]

We decided to answer this oft-asked question on social media, in this Saints Row review. The length of the thrilling action-adventure game by Deep Silver Volition, entirely depends upon your approach. If you decide to focus on the main story then it would take you close to ten to fourteen hours to finish it off. On the other hand, if you choose to accomplish all the criminal venture quest chains, then it would require you at least eighteen to twenty-two hours to wrap it up.

In the earlier versions of the Saints Row, you could activate cheat codes through an in-game cellphone. Whereas in the latest Saints Row Reboot you are not blessed with the opportunity of making things easier for you by applying a cheat code. Fans of this popular franchise were caught with surprise when they came across the omission of Saints Row cheat codes. Going by the Saints Row reviews, it can be said with firmness that this move didn’t go down well with gamers.

Where Can You Play the Saints Row Reboot?

The brand-new Saints Row Reboot got released globally on August 23, 2022. It’s now up for grabs on all popular gaming platforms – PlayStation 5, PlayStation 4, Xbox Series X/S and Xbox One. Do you wish it to try the all-new Saints Row in your PC? Don’t worry, thanks to the Epic Games Store, you can board the roller-coaster ride on your PC itself.