Samsung’s Exynos 2200 has been released right before the Samsung Galaxy Unpacked 2022 event scheduled for February.

The Exynos 2200 was expected to be launched on January 11, 2022. To say fans were disappointed when the company announced a delay, would be an understatement. But the electronics maker did not keep fans waiting for long. It unveiled its Exynos processor, which includes an AMD-powered GPU, within a week on January 18.

For those who have never heard of the Exynos 2200, it has the same GPU as the ones used in the Xbox Series X, Sony PlayStation 5 and AMD’s Radeon RX 6000 graphics cards. 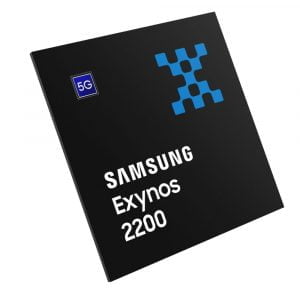 The Exynos 2200 processor with Xclipse GPU is designed to charm avid gamers.

Ray tracing has made it to the news for its ability to make games appear more realistic. Ray tracing is a graphic rendering technique that simulates the behavior of light. Earlier, most games used a technique called rasterization, wherein an image is taken in a vector graphics format and converted into a raster image. Veritable rate shading helps improve the frame-rate for smoother gameplay. It is a Turing feature that increases rendering performance and quality by varying the shade rate in different regions of a frame.

The new GPU will undoubtedly redefine the mobile gaming experience and also push the tech company’s competitors to up their game. The Xclipse GPU uses a multi-IP governor that makes the chip more power-efficient. Samsung revealed that the Exynos 2200’s performance doubled with the aid of a powerful on-device artificial intelligence system that ultimately offered higher precision.

Further, AMD is charting a new course in mobile technology as it employs RDNA 2 graphics architecture for mobile phones. Previously, this technology was used to power desktop computers, laptop computers, gaming consoles, and automobiles. It is slated to change mobile gaming irrevocably.

Its safety features include an Integrated Secure Element (iSE) for storing cryptographic keys and to play a role as RoT (Root of Trust).

The processor supports the latest image sensors for higher resolution and can connect up to seven individual image sensors and concurrently drive four for multi-camera setups. It also integrates the 3GPP Rel-16 modem which enables 5G connectivity.

The Exynos is also home to a tri-cluster arrangement of octa-core Arm v9 CPUs. Meanwhile, Qualcomm’s Snapdragon 8 Gen 1 also features an octa-core hybrid architecture that is similar. Both these processors are expected to power Android phones in 2022. On the other hand, Apple’s M1 silicon continues to impress critics and fans alike with its robust performance.

The Exynos 2200 and Samsung’s Future

Samsung generally tends to unveil superior products a few months before launching its flagship phones. It is widely believed that the Exynos 2200 will be featured in the Samsung Galaxy S22 series of smartphones. The Galaxy S22 series is expected to make its debut in February 2022. Although Samsung did not make an announcement with regard to this, industry veterans believe the company will make one at the Samsung Galaxy Unpacked 2022 event in February.