Samsung recently introduced Ballie in Samsung’s keynote at CES. Ballie is a tiny ball-shaped robot with an in-built camera, microphone, and a speaker. The robot is intended to help people around their houses. According to Samsung, Ballie utilizes AI to work as a security robot, a fitness assistant, and a tool that will help the elder and seniors connect with smart devices in their homes. The tool can also act as a good friend to kids and pets in the house.

The demo showed Samsung’s Ballie with Robot Assistant, following Samsung consumer electronics division CEO H.S. Kim on the stage. The tool was rolling around, using its camera to track Kim as the CEO walked across the stage. Ballie also pronounced cute little robotic chimes as a response to a couple of commands that the CEO gave. It again rolled right into Kim’s hands when the CEO called for it. 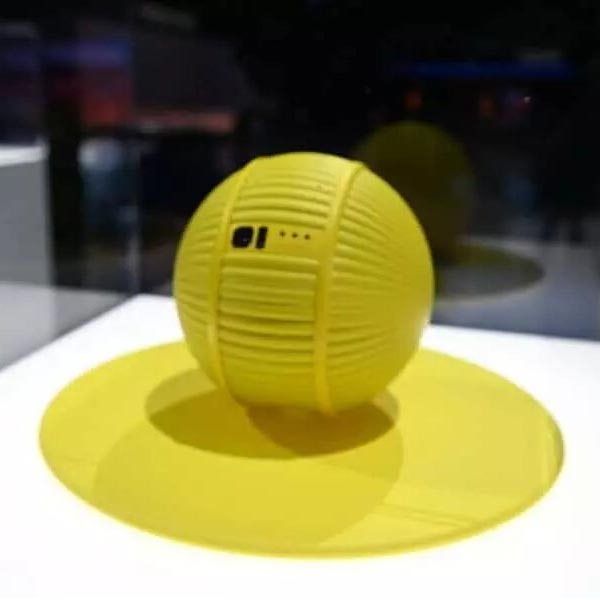 As of now, Ballie can only roll around and follow people. However, shortly after the demo, a promotional video showed Samsung featuring a bigger vision for Ballie that would someday be a practical at-home assistant. In the video, Ballie opened the blinds in the owner’s home, turned on the TV for the house’s dog to watch, and even summoned a Roomba-like vacuum to help it clean up around the house.

Samsung isn’t the first tech giant to create robots billed as at-home companions, and Samsung unveils Ballie. Sony earlier released APIs for Aibo. Aibo is a robot dog, and the APIs will allow users to make services and applications for Aibo so that it effectively interacts with smart home devices.

There is also a fatal chance for Samsung to run into issues similar to other companies when they attempted to sell commercial robots. For example, Sphero, the company which launched and sold a BB-8-like robot! The company sold many toy robots and was forced to stop creating licensed robots in December 2018. Sphero was later pivoted to making robots for educational purposes. Toy robot company Anki also shut down in April 2019 after it drowned in financial losses and bankruptcy. It was recently announced that an ed-tech firm purchased Anki’s assets. Another company that got into trouble was Sony. Rolly, it’s weird-looking “sound entertainment player” robot that was priced $400 when launched in 2007, could only get entertainment music loaded onto it the company’s application. That was the only work it could do!

Samsung didn’t reveal any information about the release date or price about Ballie, and it is not likely to come out soon, considering the innumerable factors to consider even releasing one.  Details are forthcoming, but Sebastian Seung, the executive vice president and chief research scientist at Samsung, stated that Ballie would be an efficient tool and is specifically designed to understand, support, and react to its owners’ requirements. “We believe that AI is the future of personalized care and health,” stated Seung. “We see on-device AI features as central to truly personalized experiences. On-device AI puts the user in control of their information and protects the privacy and data while delivering the power of personalization”.