The new efforts, technology, and phones have started paying off for Samsung Electronics indeed. Roughly six months ago, the tech company had warned that this year was going to be tough for sale, but Samsung Q2 earnings suggest the otherwise. Thanks to the phenomenal sale of Samsung’s biggest money spinner range – Galaxy S7 and Galaxy S7 Edge. These two models have proved every bit of worth. 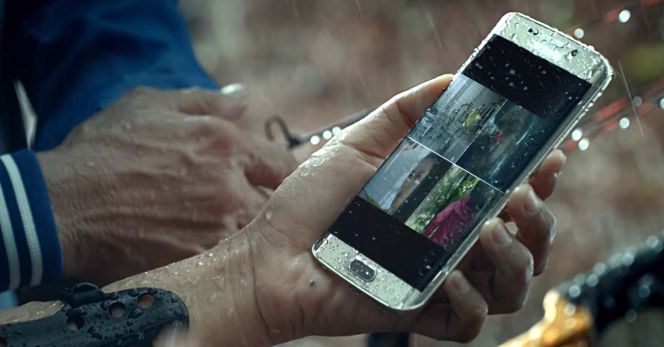 The South Korean conglomerate released Samsung earnings reports on Thursday. The report suggests that the company’s operating profit for current quarter saw a hike of 17 percent up compared to the same quarter of 2015. The dramatic leap in growth surpassed expectations of analysts for sure. In fact, this is the best profit figure reported by Samsung Q2 earnings in last two years.

As we are all aware, Samsung’s championing flagship lies at the heart of the recovery. Galaxy S7 and Galaxy S7 Edge’s sustained popularity pushed sales dramatically high despite the competitive pressures from iPhone. Samsung’s smartphone business worked as the major profit driver due to strong sales of the Galaxy S7 range. Also, the steady sales of lower-end smartphones manufactured by the company are also responsible for profitable contribution to Samsung earnings 2016.

According to the leading analysts, if profit growth for Samsung in 2016’s first half arrives from tackling complex conditions in the international smartphone markets, the rest of 2016 will depend on Samsung’s lesser known offerings. These offerings include memory components like Samsung UFS memory and Samsung screen technology.

In the preview of quarterly earnings, Samsung reported 8.1 trillion ($7 billion) operating income compared with previous year’s 6.9 trillion. The reported income was much higher than what was predicted in forecasts. The estimated operating income according to analysts was 7.4 trillion. This is perhaps the best performance offered by Samsung in nine quarters. The first quarter of 2014 was the last time when the multinational giant management managed to rake in over 8 trillion of operating income. Samsung announced 8.5 trillion operating income in January – March’14.

Coming back at second quarters of Samsung earnings 2016, sales for the company saw a boost by 3 percent that led to 50 trillion. So far, Samsung hasn’t offered breakdowns and a net profit of business divisions.

Samsung Electronics is the world’s largest manufacturer of display panels, smartphones, memory chips, and televisions. Each of four business segments of Samsung has reported a strong result for the latest quarter. The key products from each division are namely, the Galaxy S7 smartphones, OLED light displays, ultra-high definition TVs, and solid state computer storage devices. All of these products have been in solid demand.

The current preview of earnings offered by Samsung has managed to stun the analysts who were estimating a bad period for Samsung. Earlier this year, the analysts estimated that annual profit of Samsung would face a downfall as they noticed the mobile growth of the company arriving at a halt. But, after the spring release of Galaxy S7 models, the market started heating up, as a result changing the mood. While Apple’s iPhone sales started slowing down, Samsung’s mobile sales rose, driving a huge profit margin in return.