Samsung Electronics made a series of announcements in its Unpacked event on Aug 9. Other than introducing Galaxy Note9 and Galaxy Watch, Samsung debuted in the smart speaker industry with Galaxy Home.

Samsung previewed the first glimpse of Galaxy Home without disclosing detailed specifications and release date. And it is a look-alike of a futuristic digital houseplant placed on a tripod. The design reflects a unique silhouette in the market dominated by competitors – Alexa Echo, HomePod, and Google Home.

The Samsung smart speaker will come with a set of eight microphones, whereas Echo has a seven-microphone array and Google Home gets only two of them.

The microphones on Galaxy Home will be enabled to provide speaker a precise idea of where the commanding voice is coming from. The smart speaker will then adjust its audio in the direction of that person.

Samsung Galaxy Home is configured with six speakers and a subwoofer. The mounted speakers on the device are fine-tuned by AKG. 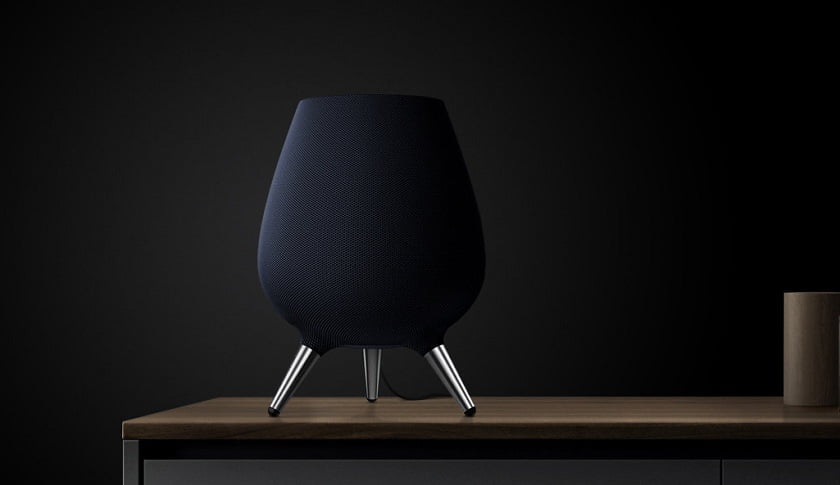 Samsung acknowledged that it has taken a support from its speaker maker subsidiary, Harman to design sound technology. The company had in fact installed 160 Galaxy Home speakers for sound at the Unpacked event.

The newest member in the Galaxy ecosystem is powered by Samsung’s in-house digital voice assistant Bixby, introduced last year. At this stage, Bixby has not received a much positive response from the market – it’s neither quick nor smart.

It stands way behind the leading voice assistants Amazon’s Alexa, Apple’s Siri, Google Assistant, and even Microsoft’s Cortana. Presently it is available in 200 markets and can understand only three languages – English, Chinese and Korean.

On the top of everything, Galaxy Home is packed with Samsung’s smart home technology known as SmartThings that enables the device to sync automatically with other smart home gadgets.

Entering late to the party, it will be interesting to see how Samsung rolls up sleeves and market Galaxy Home. Price and availability may play integral roles while planning the differentiation factors. 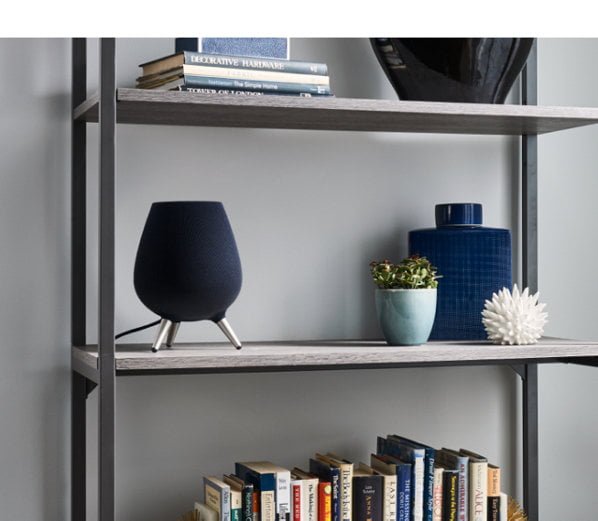 The Samsung smart speaker will come with a set of eight microphones. Source: Samsung

Smart speaker falls under one of the rapidly growing categories across the world. The global smart speaker industry is supposed to hit $2.68 billion by this year-end and projected to be worth $11.79 billion, growing at a CAGR of 34.44 percent between 2018 and 2023, cites MarketandMarkets.

As per another insight published by the eMarketer, the number of smart speaker customers is growing at a compound rate of 47.9 percent presently. About 45.4 million people used smart speaker once in a month during 2017 Q2 while after a year that number climbed to 61.1 million users.

Correspondingly, North America is the leading region fascinated towards digital voice-powered speakers. It is known that every 1in 6 homes in America now owns a smart speaker.

Globally, Amazon leads the smart speaker market with a 43.6 percent share, followed by Google with 26.5 percent and Apple settling with 6 percent, quotes Strategy Analysis. The other options available in the marketplace are Sonos, Alibaba Smart Speaker, Lenovo Smart Display, JBL Link, Bose including others. However, Google’s smart speaker is quietly eroding the market of Amazon smart speakers.