Samsung is all set to launch its new Galaxy Beans earbuds, which are surprisingly shaped like actual beans!

With Samsung’s virtual event Galaxy Unpacked 2020, scheduled for the 5th of August, being less than a month away, there seems to come about another leak of one of its devices. This time it is its new Galaxy Beans earbuds, which, according to many experts, competes to give fierce competition to Airpods Pro by Apple. With its second round of earphones for 2020, Samsung has decided to redesign its well-known Galaxy Buds line entirely.

The initial rumors around the earbuds had first circulated a few months ago with some leaked details and images by a German site named WinFutur. These had suggested expecting two speakers and three microphones in each earbud with a price estimated to be around 145 USD. These got further strengthened when recently a developer known as WalkingCat, followed by prominent leaker Evan Blass, posted what looked like a promotional video and a few images respectively on Twitter. 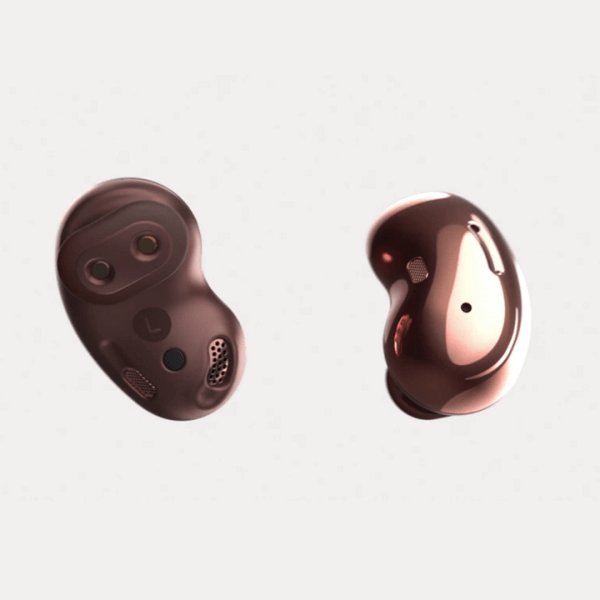 These implied a completely re-conceptualized wireless headphone design by Samsung with three different colors. They are now supposed to be available in black, white, or a rose gold-esque ‘Mystic Bronze’ to go with the rumored Galaxy Z Flip 5G and Note 20 Ultra. They also seem to be accompanied by what appears to be a charging cradle.

One thing that appears to be sure is that it won’t be a replacement for the Galaxy Buds+ but would probably be sold alongside those. However, the significant change emerges from the removal of the protruding ear tip found on most earbuds, which fits snugly in the inner ear. The lower sections of the buds will be seated within the ear canal, supposedly removing the need for those silicone tips. The earbuds are not meant to disappear into the ears like hearing aids but to craft them in a more contemporary but also a non-obvious way.

Samsung very uniquely has chosen a bean-shaped design for its new earbuds, moving away from the traditional shape that we’re used to. Therefore, it will be refreshing to witness how the new earbuds manage to stay securely in the ear. It could also be that the bean-shaped buds perfectly carve around the outer-ear outlines for an enhanced fit. Reportedly, this shape may be influenced by Samsung’s new minimized chipset technology to save space for a larger battery.

According to various sources, the two gold circles at the top of the one Bean are the contact points for the apparatus to charge in their custom Beans charging case. Each charging case will have a color that matches each different set of Beans. It is also claimed that the new Galaxy Live buds are ‘2.8 centimeters long’, which would mean a less round and more elongated shape than the Galaxy Buds Plus.

The leaked video ends with the statement, “Keep the noise out. Let the sound in.” That would most likely mean the beans will feature Active Noise Cancellation (ANC). And it would be the first time that Samsung would feature a genuinely wireless pair with ANC. This is why many experts are considering it to be a chief development worthy of being a competitor to the highly successful AirPods Pro by Apple. Apple’s latest AirPods are equipped with ANC, which adjusts sounds depending on the surroundings to drown out ambient noise.

In terms of its pricing, new features automatically mean new prices. Reports suggest its cost to be around $140-$170 with probably added launch bonuses also awaited. With Samsung having a record of offering extremely comfortable earpads previously, let’s hope that these new bean-shaped ones keep up with that fundamental expectation. 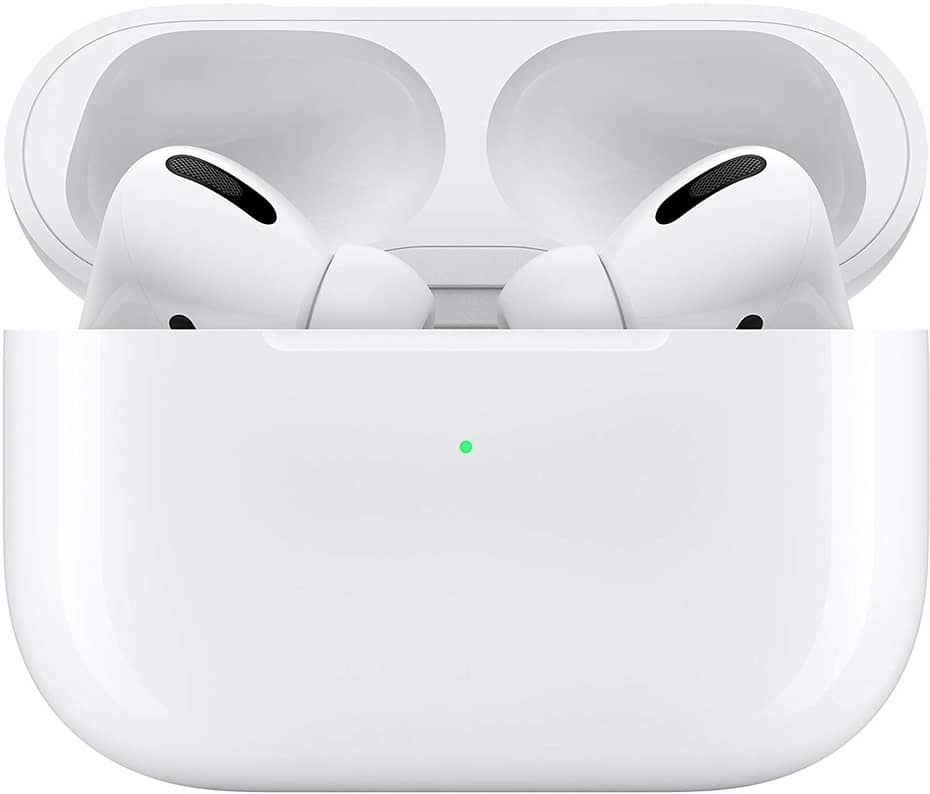 If you’re a die-hard Apple fan watching for some in-ear headphones among the Amazon Prime Day deals, then you’ll fight to do any better than the Apple AirPods Pro. These wireless buds are the top headphones for pairing with your iPad or iPhone, and today looks like a prodigious occasion to pick them up at a discount.

If you’re in the UK, we’ve initiate some other deals for you. The usual case Airpods are down £31 and going for just £128 at Amazon. The wireless charging case version is £40 off at £159 at Amazon too. As for the AirPods Pro, Amazon has an appealing £41 discount with a £208 deal, but we’ve found something even improved deal at Laptops Direct for an even lower £199.97. The UK offers at Amazon don’t seem to be official Prime Day deals, but we don’t realize stock lasting long at those prices.

The AirPods Pro are the utmost advanced AirPods yet and feature vigorous noise-cancellation and an enhanced fit, which sets them apart from the regular AirPods. A fresh update added ‘spatial audio’ features that imitate surround sound audio, which is something we weren’t supposing as a free software update. As for battery life, you’ll get around 4.5 hours of tunes between charges. Meanwhile, the wireless charging case can grasp around another 20 hours of charge for you to retain the AirPods topped up between visits to the mains power.