In the Barcelona-based, Mobile World Congress 2017, Samsung unveiled the three high-end products, Samsung Galaxy Tab S3 and Samsung Galaxy book with its 10.6-inch and 12-inch versions. These highly featured products seem to make a dashing entry in the arena of the laptop-replacing tablet with an attachable keyboard.

The Windows 10 powered Samsung Galaxy book will give serious competition to the other Windows 10 based Notebooks. The closest of the competitor might be $899 priced Microsoft Surface book Pro. 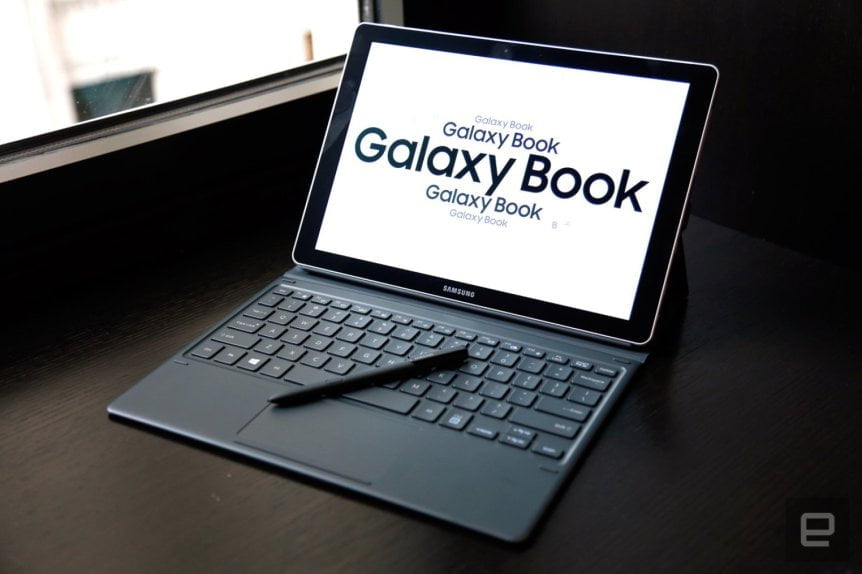 The Samsung Galaxy Book, 10- and 12-inch Windows 10 convertibles support the new S Pen features which were well-known in the high-hit Samsung note series. Both the versions come with the attachable keyboard which makes it easy-to-use and carry around.

The 12-inch Galaxy book is a bit better than the junior one for it is up-to-date with the high-tech features. The convertibles possess a suave appearance and support high portability. The 12-inch version has 7.4mm profile and is sleek and sexy. The convertible notebook sports the latest Intel Kaby lake 7th generation core i5 processor. It has 4GB or 8GB primary storage memory (RAM) and 128GB or 256GB of secondary storage data(SSD).

The svelte Galaxy book provides an LTE radio support and USB type-C ports. The S Pen support is extended with its 0.7mm nib to detect 4096 levels of pressure. Despite screen-off memo, air command and screenshots the S Pen will have more compatible functionalities. The pen will determine tilting angles providing wider applications.

Following Apple’s lead, Samsung has also brought the feature of flow software in its upcoming Windows tablet. The notifications of your handset will pop-up on the Notebook’s screen. It comes with remote control support and you can easily share and access the files from your Samsung devices

The higher and the lower version possess 30watt-hour and 39watt-hour batteries respectively. According to the South Korean giant, the battery life will last up to 10 hours. The Quick charge sporting in the Tablet convertibles doesn’t keep us waiting to get the batteries back to cent percent. Impressive though, isn’t it?

Well, we don’t have any specific information about the price of the Galaxy Book. But the 12-inch cutting edge version will be tagged higher than 10-inch version.

The Galaxy book embodies the power of the heavy laptops and desktops providing rich features and compact profile. Let us await the launch of these carry-around 2-in1’s to hold a new era of computing devices.