Smartphone giant Samsung new model, the Galaxy F41 smartphone, will have a 64-megapixel rear camera. The phone will be launched across India on October 8. This is the first phone from Samsung’s new Galaxy F-series. Samsung partnered with Flipkart for conducting the upcoming launch event. As per the latest teaser on Flipkart, the phone features a triple-camera setup with a 64-megapixel primary sensor.

The Samsung Galaxy F41 model will have a single selfie camera, though specified details haven’t been revealed yet. The phone is most likely to be available in colors Black, Blue, and Green. The Galaxy F41 smartphone is expected to cost Rs 15,000. It would have an S-AMOLED display with 2340 x 1080 pixels resolution and Infinity-U notch design, triple rear 64 MP cameras 8MP ultra-wide, and a depth / macro sensor.

The Samsung Galaxy F41 will feature a 32-megapixel front camera, rear-mounted fingerprint sensor, and would be equipped with a 6000mAh battery. There is also a Single Take camera feature similar to the Galaxy M31s model. The phone would be powered by Octa-Core Exynos 9611 coupled with 6GB RAM and 64 GB / 128 GB of internal storage as per leaks.

Asim Warsi, the Senior VP and Head of eCommerce Business, Samsung India, stated, “At Samsung, everyone is obsessed with consumer-centric innovations. The new Samsung Galaxy triple camera mobile is designed in India in collaboration with Flipkart and is a grand celebration of socially aware consumers’ rising aspirations. With the new model, Samsung and Flipkart offer a feature-loaded option for young customers who always live life to the fullest. The phone’s proposition is ‘full-on’ – the lifestyle of today’s young Gen Z consumers. We all are confident that the F Series smartphones will live up the ‘full-on’ credo and expectations.” 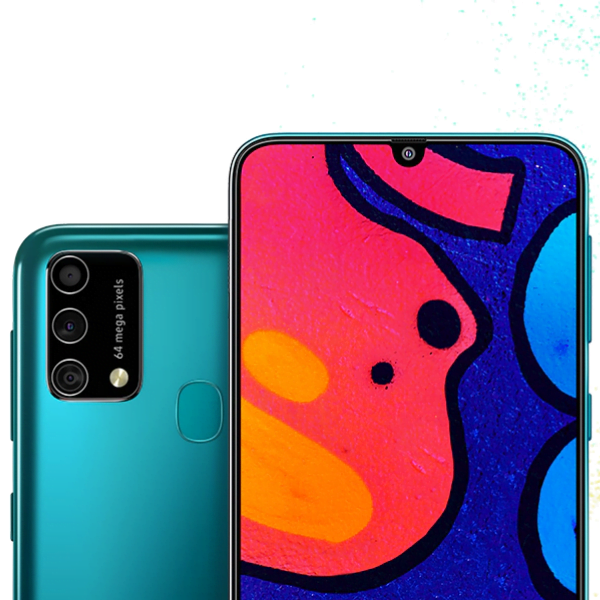 The new Samsung Galaxy F41 will have a plastic body with a U-shaped notch and an attractive bottom bezel. The phone will support dual-band Wi-Fi 802.11, Bluetooth 5.0, GPS, and have a Type-C port on the connectivity front.

During the Flash sale period, buyers will receive a 6330 USD cashback, which is equivalent to a total of 108 GB of internet per year. XL Axiata only recharges 443 USD per month and has access to JOOX vip for 3 months.

“For those who haven’t acquired the Galaxy M51 in the pre-order period last week, they are proposing a speedy sale from 26 to 31 October 2020. In order for consumers, expressly the vigorous younger generation, to be the size of our latest smartphone with Xtremepower because it has the first and chief battery capacity. Samsung Galaxy M51 is considered for those who famine to carry out daily activities from home, both at work and at school, to relish numerous entertainment such as mobile gaming and streaming with the best performance without worry. That the battery will run out during the day. ”


The large 7000 mAh battery permits you to do several school activities, work, and entertainment throughout the day without having to fear about the battery running out. In fact, users can share the battery with their family using Wired Power Share technology. Would you like to see your favorite series? With the Galaxy M51, you can relish 10 episodes of Emily in Paris without having to charge the battery, as the Xtreme Galaxy M51’s routine can accompany 34 hours of constant movie streaming.

For those who identical to listen to music, can you appreciate your favorite songs for up to 182 hours, or are you a “chat” team to help overcome boredom? Don’t worry, the Galaxy M51 can be connected for up to 64 hours without looking for a connector.

The big battery is certainly useless if it isn’t supported by other advanced specs. Therefore, the Galaxy M51 is powered by an octa-core Snapdragon 730G processor with 8/128 GB memory, so users don’t have to concern about lags when playing games with great graphics displays.

Playing games or streaming your favorite movies is further relaxed because the Galaxy M51 has a 6.7-inch Super AMOLED Plus screen and Dolby Atmos speakers.

The Samsung Galaxy M51 is also fortified with Quad Camera technology which consists of a 64 megapixel main camera, a 12 megapixel ultra wide camera, a 5 megapixel depth camera, and a 5 megapixel multipurpose macro camera. The 32 megapixel selfie camera, in precise, can help safeguard your advent is clearer and selfies are more attractive during video calls.

Both the Samsung phones has Android Operating System but the first one runs on version 10.0 and the second one on 10 version.