The Galaxy Note 20 Ultra is similar to the Galaxy S20 Ultra, with upgrades that eradicate the latter's shortcomings.

The Samsung Galaxy Note 20 Ultra is one of the best Galaxy phones available with an enhanced S Pen experience, a large camera over previous Note versions, and features. The Samsung Galaxy Note 20 Ultra is priced at $1,300 in the U.S., with an optional $1,400 phone model available that offers 256GB storage. The phone is available in three colors of Mystic Bronze, Mystic White, and Mystic Black.

The Samsung Galaxy Note 20 Ultra has a boxy-body with a curved-display design and looks strikingly similar to the Note 10+. It has a 6.9-inch screen size and an enormous camera module at the rear. The AMOLED display has 20% higher brightness and protected by the Gorilla Glass Victus on the front and the back. The refresh rate of the model is 60Hz, and there is the Dynamic Motion Smoothing at 1080p. The Samsung Galaxy Note 20 also has an enormous hardware system and a matte finesse. The only drawback is the fingerprint sensor that is slow and annoying.

The phone is powered by the Snapdragon 865+, 4,500mAh battery, and 12GB of LPDDR5 RAM standard, sufficient for multitasking people. The S Pen is one of the device’s greatest strengths and is improved in the Note 20 Ultra. The phone boasts an impressive latency response of just 9ms, which is comparatively less than the 42ms latency of Note 10. Several Air Actions in the new model interact with the camera app and help to navigate and open up more unique apps. There are five remarkable actions/gestures that a user can perform with the S Pen.

There are also few tweaks to the Samsung Notes app, with more content and organized features. The app can be organized in desktop-like folders in order, and there is also a new PDF import tool and an Auto Straighten feature that straightens out the handwriting. Among the new additions is the Audio Bookmark, which one can use during business calls to jot down important notes from a specified bookmarked section of the recorded audio. The S Pen is the best stylus tool available for a smartphone. 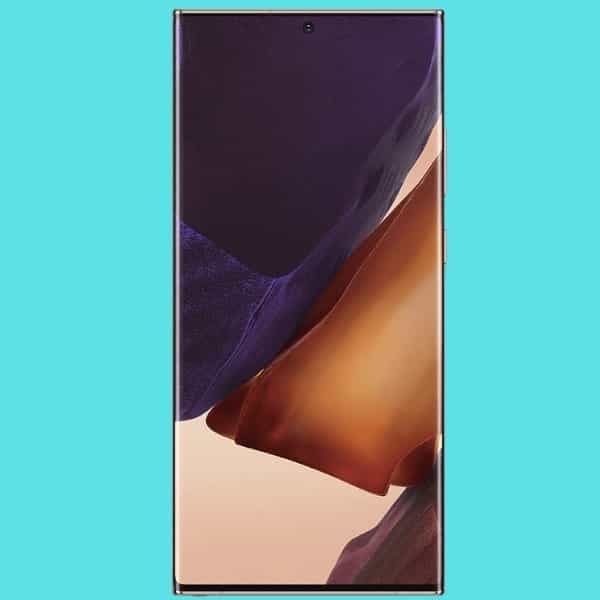 The phone is packed with the latest One UI 2.5 update, which is based on Android 10. The Samsung DeX also is improved with Note 20, adding the ability to use the DeX interface on the smart TV without connecting a wire. Samsung also promises three years of software updates on the new phone, which is good news.

The new Samsung Galaxy Note 20 is the most reliable camera ever produced by the brand. The Note 20 Ultra cameras fix the autofocus issues that were prevalent in the S20 Ultra. Samsung also replaced the phase-detect autofocus feature with a laser-assisted focus module. The Note 20 Ultra’s primary camera is enormous with a 1/1.33″ sensor.

The massive sensor gives plenty of room for tiny pixels, which ends up at 12MP at the final shot. This is one of the most versatile cameras prevalent on an Android phone at present. Note 20 Ultra’s 10MP selfie camera is moderately fine with sound effects. Samsung always does the video better than any other Android manufacturer. The camera gives 8K at 24fps or 4K at 60fps and a Super Steady mode at 1080p30, with its ultra-wide sensor.

Samsung Galaxy Note 20 Ultra is the best phone for Galaxy Note owners to better understand its mechanisms. It is also the best choice for people looking for an all-in-one smartphone.