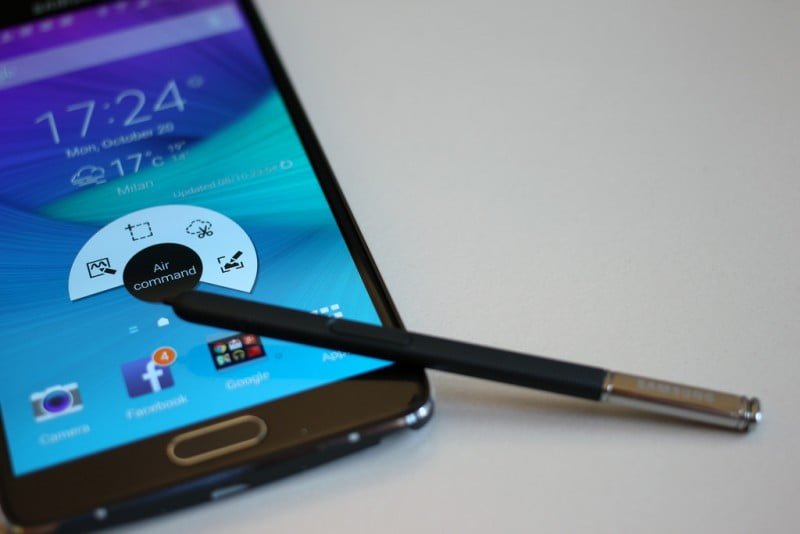 Following the release of the two powerhouse devices Galaxy S7 and S7 Edge, Samsung has now shifted its focus on the upcoming Galaxy Note 6. The uber-powerful phablet offering is garnering huge amounts of attention online and the latest leak suggests that the device will be hugely powerful.

Although the flagship device is not expected to hit the market until later this year, the company’s strong user base is hoping that the phablet will be as good as its recent rollout.

According to a leak on Chinese microblogging site Weibo, the upcoming device will feature a large 5.8-inch display with a QHD resolution of 2,560 x 1,440 pixels. The leak claims that the phablet will be powered by a powerful Qualcomm Snapdragon 823 processor that will be paired with a hefty 6GB RAM. The unit will be made available in 32 GB, 64 GB, or 128 GB of internal memory variants, all of which are expandable via built-in microSD slot.

Basically, the Snapdragon 823 is an upgrade on the already-powerful Snapdragon 820, which is used in the latest flagships, including the Galaxy S7 and S7 edge. It seems like the Korean tech giant will prepare Exynos-powered versions as well for different markets.

The camera is said to be similar to the one present on Galaxy S7. The Galaxy S7 is equipped with  f/1.7 aperture lens, optical image stabilization, and phase detection autofocus. Samsung is reported to have improved the camera prowess of the latest flagship by adding infrared autofocus feature to it, according to reports.

The Weibo leak also notes that the Galaxy Note 6 will have as mammoth 256 GB internal storage space and also features a 4,200 mAh battery. The report also says the phone will have IP68 certification, making it dust and water resistant.

Earlier rumors claimed that Samsung was developing both a flat screen and a curved screen display for the phablet to decide which one to release. The latest Weibo leak mentions a flat display only, which could mean the tests, backed the flat version.

According to another report from SamMobile, the upcoming device is said to feature USB Type-C connector. If the report turns out to be accurate, the phablet will be the first Samsung device to have the connector. However, the idea of having a connector isn’t too farfetched considering that a growing number of manufacturers are including the new connector in their high-end devices. Smartphone makers including LG and HTC are already using USB-C in their latest flagships.

Rumors also state that the phone maker will equip the phablet with an iris scanner, and the device could be released sooner than initially thought. While the Galaxy Note 5 was launched in August last year, the latest flagship is expected to be launched in July this year.