Is Samsung Galaxy S22 a better choice than Pixel 6?

If we consider the Samsung Galaxy S22 series, we can notice that Samsung is working hard to deliver high-quality Android phones that differ from others in functionality and performance. In this review, we will focus on the S22 series and its success in the market. You will find out more about the phones that are the leading phones when it comes to sales.

The entry-level phone from the series is Samsung Galaxy S22, and this model lacks some premium features that are visible on Galaxy S22 Ultra or Galaxy S22 Plus. However, there are many positive features that this phone has. You get the same Snapdragon 8 Gen 1 chipset that powers other more versatile Galaxy options. At the same time, you can expect the same impressive camera and a bright display. 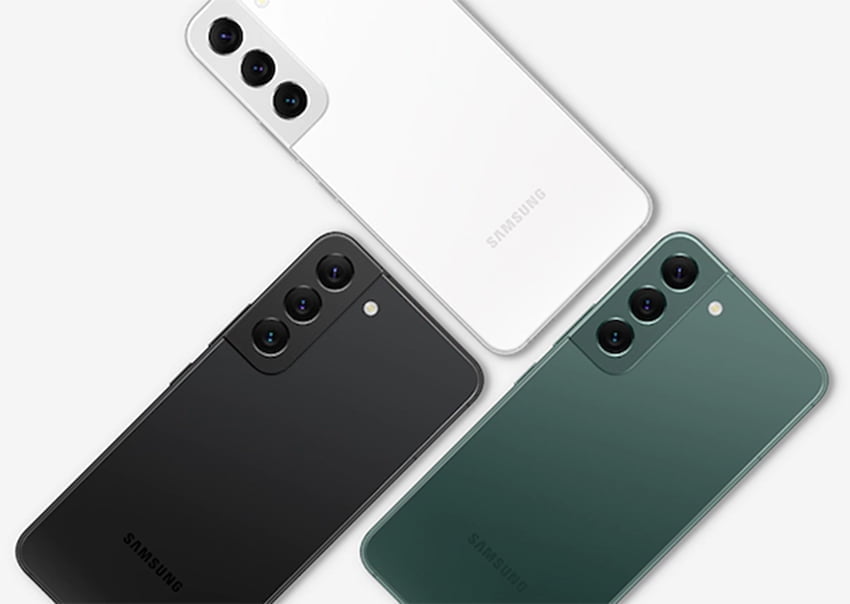 When it comes to the design of the Galaxy S22, there are certain upgrades that proved to be very effective. You will find better materials and there is an aluminum band around the middle and a glass back. This solution might be good for durability, but if you drop the phone, there could be large damage. For this reason, we recommend getting one of the cases that will be an ideal companion for the phone.

The colors of the phones are very versatile, and you can choose from phantom white, phantom black, pink gold, and green. All of these colors are very attractive and these define the phone in a special manner. 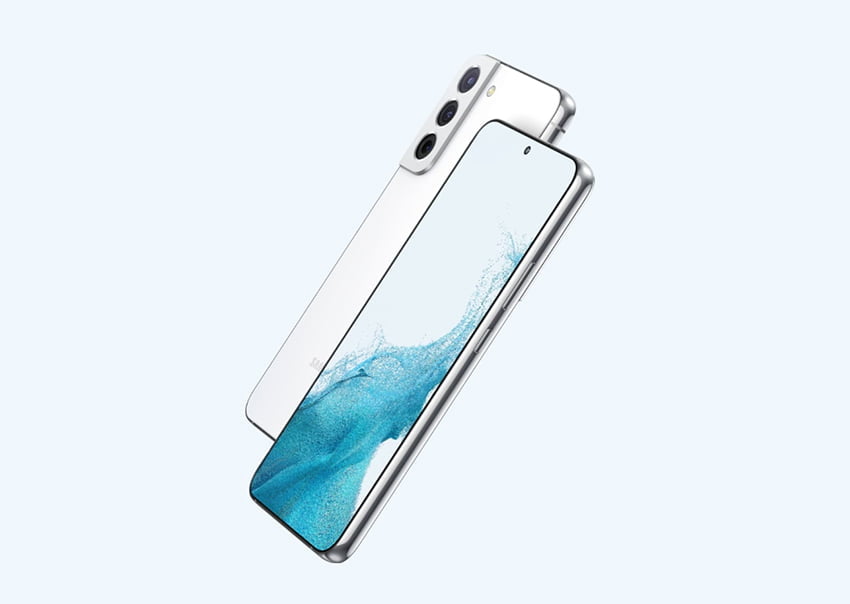 The display brightness is very good on Galaxy S22 and it reaches 1,300-nit peak brightness. When you want to watch the screen in bright sunlight, Samsung’s Vision Booster technology is there to adjust brightness and color contrast. With this option, you can see colors that are not washed out or bad-looking. The colors will be clear even if the options for a more visible screen are on. 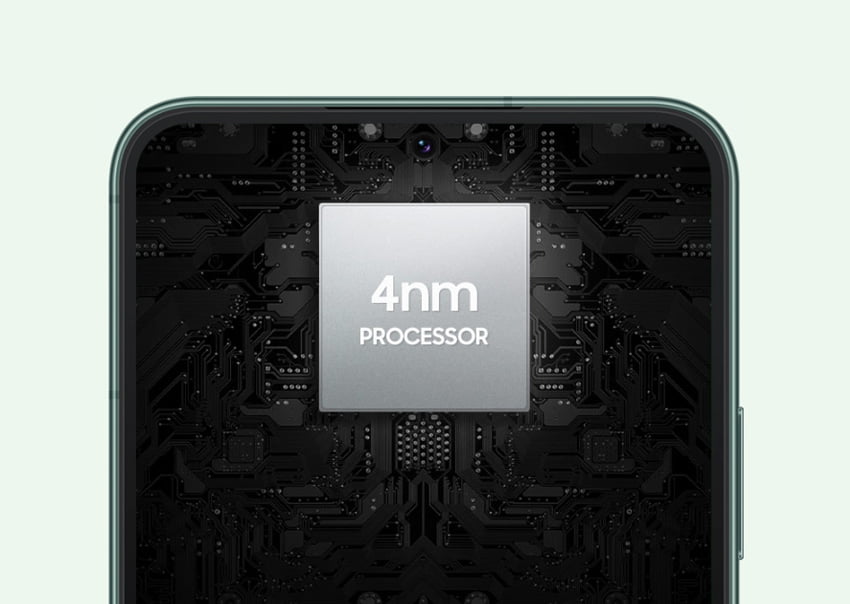 Comparing Samsung S22 specifications and Samsung S22 Ultra specifications is quite easy when it comes to performance. Both phones have the Snapdragon 8 Gen 1 chipset which is one of the best chipsets in Android phones. Thanks to this chipset, the performance of the Android phones is very powerful and versatile. You can do some very demanding tasks and the phone will be able to respond to the needs of most users. 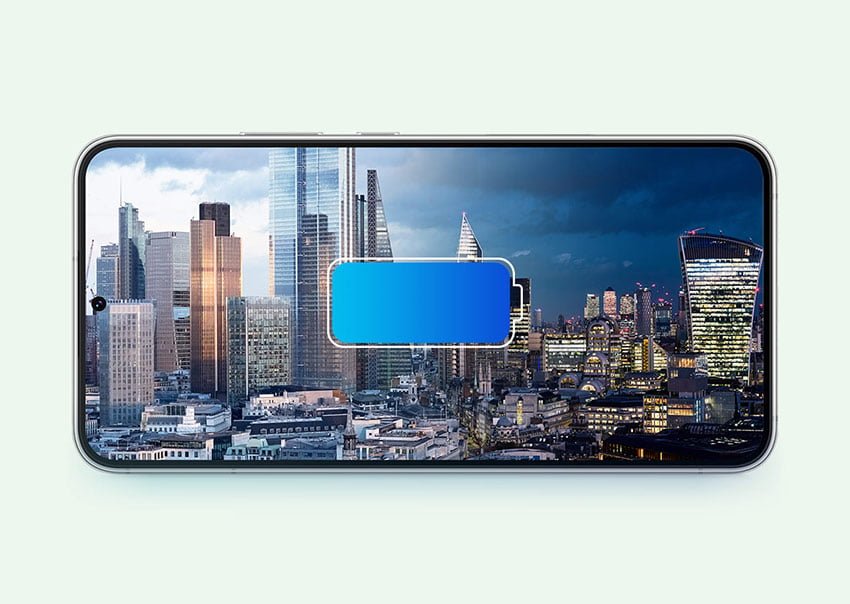 This year’s model of Samsung is not quite impressive when it comes to battery life. The S22 has a 3,700mAh battery that needs chagrin after around 8 hours of average use. This is not expected from a premium phone and we wanted to see some better capacity from this phone. However, you will be able to charge the phone for half an hour to get to 60% of the charging capacity, which is good when compared to modern Android phones. 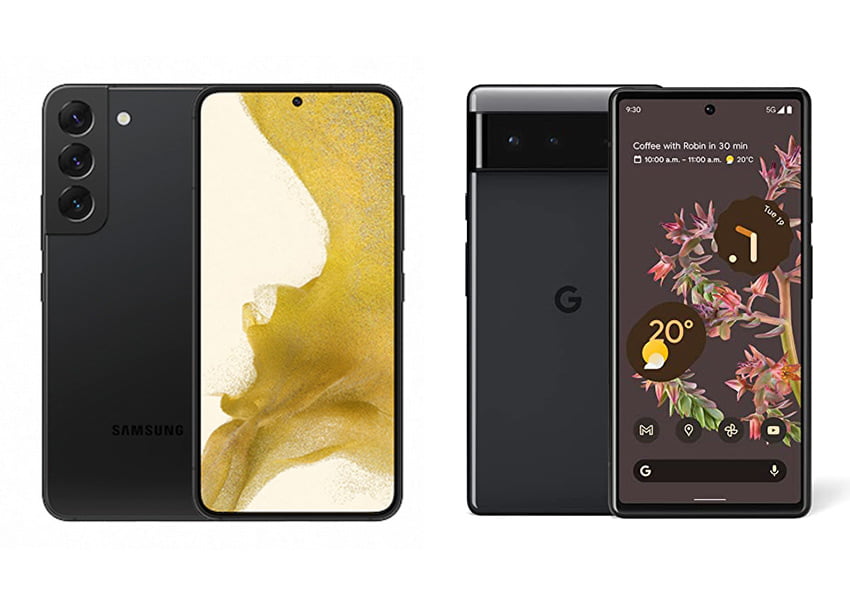 We can compare the S22 and Pixel 6 if we want to have a clearer picture of the possibilities of each phone. The obvious difference is in the display and overall performance. Samsung has a 120Hz refresh rate while Pixel 6 has a 90Hz refresh rate on the screen. The camera results for practical shooting are better in Samsung, and this is where the phone gets a real advantage. The shots are simply clearer and the colors are more accurate.

At the same time, Google Pixel 6 specs tell us that the performance of the phone is lower than the Samsung S22, and this is obvious in the tests. On the Geekbench 5 test, the S22 had single and multicore scores of 1,204 and 3,348. On the same test, the Pixel 6 had a lower overall result scoring 1,029 and 2,696. All of these results prove that Samsung Galaxy S22 is a better choice than the Pixel 6, and we should definitely pay more attention to Galaxy S22 series phones in the future.