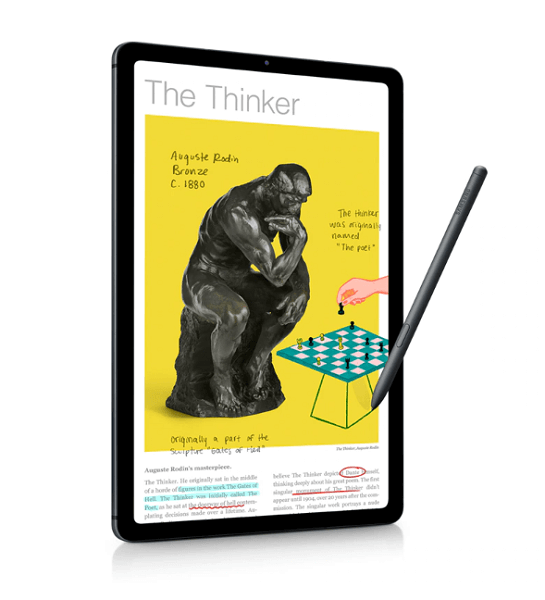 There have been several leaks and rumors about the Samsung Galaxy Tab S7. One of the most significant leaks so far was that its slate could be bigger than the Tab S6, and the device will be available in multiple sizes. This means that users can pick up the tablet in 11- 12.4-inch sizes, much similar to the 11- 12.9 inches of recent iPad Pro. It is also rumored that the 12.4-inch Galaxy Tab S7 is being referred to as the Tab S7 Plus internally. According to the leak, the Galaxy Tab S7 is 9.99 x 6.5 x 0.25-inches in comparison to the 9.62 x 6.28 x 0.22-inch Galaxy Tab S6. There have been leaked renders of the Galaxy Tab S7 which shows a re-positioned front-facing selfie camera and a large rear camera bump, while the rest of the features seem similar to a ‘standard’ Samsung tablet.

There is also a leak suggesting there might be a flash or third lens on the back of the tablet! While it is assumed to be a flash, this prediction is because Samsung might not want to add a third lens to a tablet. Another leak stated that the Samsung Galaxy Tab S7 would be 5G-compatible on a particular version, thus giving its users next-gen connectivity with top speeds and reliability. That leak also states that the Samsung Galaxy Tab S7 will come with the S Pen stylus.  A final leak implied that the  Galaxy Tab S7 would have a battery that’s around 10% larger in comparison to the Galaxy Tab S6.

Many flagship smartphones in the year 2020, including Samsung’s Galaxy S20 range, comes with 120Hz displays. This refers to the refresh rate, which means that the screen updates 120 times per second, instead of 60 times. The screens with 120Hz refresh rate feel much smoother to use when using apps or playing games.  Technically, the iPad Pro tablets have this feature, as the ‘ProMotion’ tech in the device automatically tweaks the refresh rate to fit the content the user is looking at. Still, there is no specific way of manually setting it. If the Samsung Galaxy Tab S7 comes with a 120Hz screen, it’d be a step ahead of the iPads.

The newer versions of tablets tend to have better rear cameras, with the Samsung Galaxy Tab S6 boasting of two such cameras. But it is essential to have decent front-facing cameras too! Firstly, because if a person is on a video call, its good to have a high-resolution camera to highlight the face better. Also, when people require to film themselves (like in media jobs), a front-facing camera would make the recording experience more enjoyable and would enable them to capture themselves in a proper resolution. Users are expecting the Samsung Galaxy Tab S7 to have a better front-facing camera, perhaps with a 12MP resolution or more than that.

The Samsung Galaxy Tab S7 is expected to carry 128GB or 256GB storage, and while there is an additional card slot, this much space to seems less for users like video editors or publishers who require large loads of GB for file storage.  Since the iPad Pro models come with 1TB options, it’d be good news if the Samsung Galaxy Tab S7 is available at around that storage capacity or even a 512GB version for users.