The Samsung Galaxy TabPro S was unveiled in January and has been on sale since then. But this Korean technological company has announced the upgrade of this device. Samsung claims that this upgrade will make the gadget more powerful and transform the look of it. The upgrade is christened as the Gold Edition of the Samsung Galaxy TabPro S. As the name suggests, it is a more attractive version of the original model. Along with this, some its specs will also be updated to increase its efficiency. Even though it’s been less than a year since the original model was rolled out in the market, an upgrade is already available.

The decision for this upgrade took place to keep up with hi-tech laptops and tablets already existent in the market. This made it necessary for Samsung to come up with an innovative approach to make it stand out among its competitors. Moreover, Samsung has been in the headlines for a while now due to its explosive smartphones. Because of such incidents, the trust value of the customer on the brand has reduced drastically. For this reason, Samsung is trying hard to repair its reputation in the market and win the trust of its consumers. The Samsung Galaxy TabPro S upgrade is a part of one of those efforts.

Unlike most of the Samsung gadgets especially the Galaxy series, this device does not run on Android. It has inbuilt Windows 10 software in it. This is in order to make the tablet almost as efficient as a laptop or any other such desktop device. The tablet is powered by Intel Core M3 processor. It comes with 8GB of RAM. The previous model had a 3GB RAM. Aside from upgrading the RAM in this model, it has also concentrated on other specs. The tablet has a 256GB solid state hard drive which is beneficial for the user as one does not need to expand his memory externally. Also, it has a powerful battery which can last up to 10.5 hours of video playback. 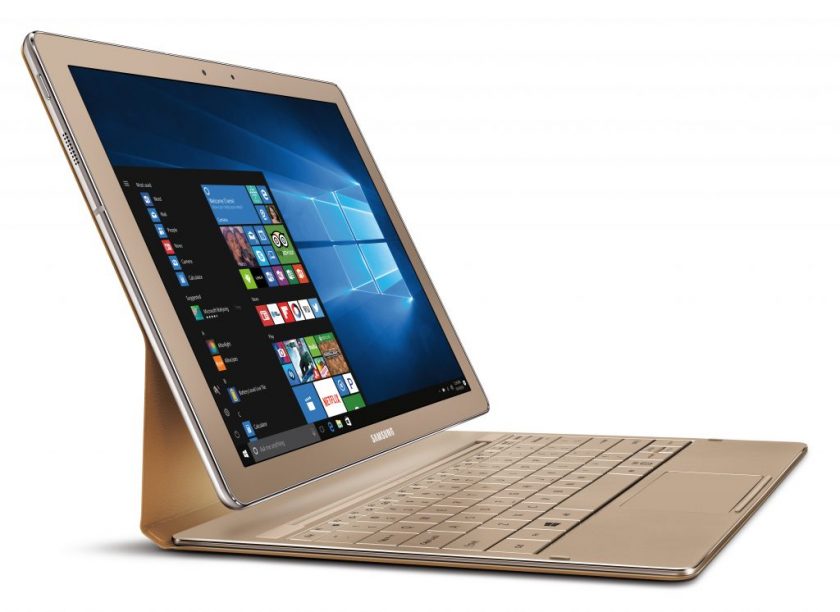 The basic specs of this tablet

The gold finish on the magnesium alloy body is the main attraction of this upgrade. The rest of the features are almost as good as the predecessor model. It has a 12-inch Super AMOLED Full HD display and a 2.2 GHz Intel M3 processor. The camera of this tablet is not quite impressive. It has a 5-megapixel front and rear-facing camera. The Gold Edition tablet is light to carry as it weighs 1.53 pounds without the keyboard. It is considered to be a full-on PC replacement as its technologically sound as well as user-friendly. Along with this gadget, one gets a USB-A port for peripherals and a USB-C port for charging.

The Samsung Galaxy TabPro S Gold Edition is available at the price of $999. One can buy this upgraded tablet from either the official website of Samsung or Best Buy.