Samsung unveiled a new smartwatch alongside its first foldable smartphone and the Galaxy S10 last week to highlight its interest in pushing wearables into new territories. Although the technology behind Samsung’s new health tracking feature in the Galaxy Watch Active is not entirely new, Samsung seems to have positioned the feature where it would serve a greater purpose. The blood pressure monitoring feature called photoplethysmography (PPG) was launched in the Samsung Galaxy S9 last year but has been improved in the smartwatch.

The Galaxy Watch Active is a lot similar to the older version but thinner, making it more comfortable on the wrist and doesn’t have the rotating bezel. It has a svelte aluminum frame available in four different colors: silver, black, sea green and rose gold, and two buttons. The fingerprint sensor is a little smaller on the 40-mm-diameter face housing a 1.1-inch (28-mm) AMOLED display of 360×360 pixel resolution in a Gorilla Glass 3. Samsung installed the Active its Tizen-based wearable OS 4.0, which is compatible with both IOS and Android devices. This enables the Active to comfortably run third-party apps such as Strava, Under Armour and Spotify. The Active is powered by a dual-core 9110 Exynos chipset with an onboard 768MB of RAM, a 4GB of internal memory, and a 230mAh battery. It supports voice control via Bixby assistant and can charge wirelessly on the back of the Galaxy S10.

Samsung is yet to disclose details of any tweak to the PPG technology existing in the Galaxy S9. The feature works with an optical sensor called pulse oximeter that emits light onto tissues and measures the amount of light absorbed. The changes in light absorbed will determine the volume of blood in the tissue. The data is analyzed by Samsung’s My BP Lab app which uses a sophisticated algorithm to interpret the results and estimate blood pressure. 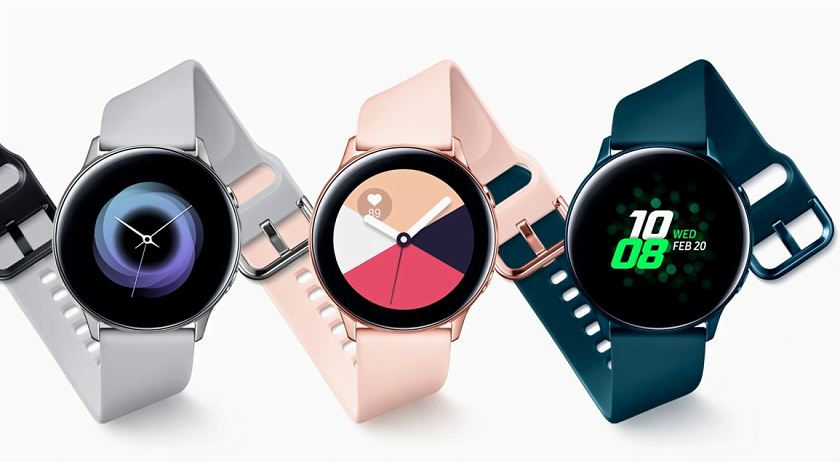 PPG can measure blood pressure changes on its own. But for accuracy purpose, users must calibrate blood pressure estimates from the smartwatch with an actual blood pressure reading. Calibration is like a scale and very important. Without calibrating the watch, users can only “predict when it goes up and down,” says Psychophysiologist Wendy Mendes of University of California San Francisco who helped Samsung develop the device.

The most clinically accepted noninvasive technique to measure blood pressure remains the traditional means used by doctors. It involves putting a tight inflatable bladder around the arm of the patient to block blood flow and measuring the rate of flow when the blockage is released. Only Omron Heartguide watch unveiled last month at CES has been this close.