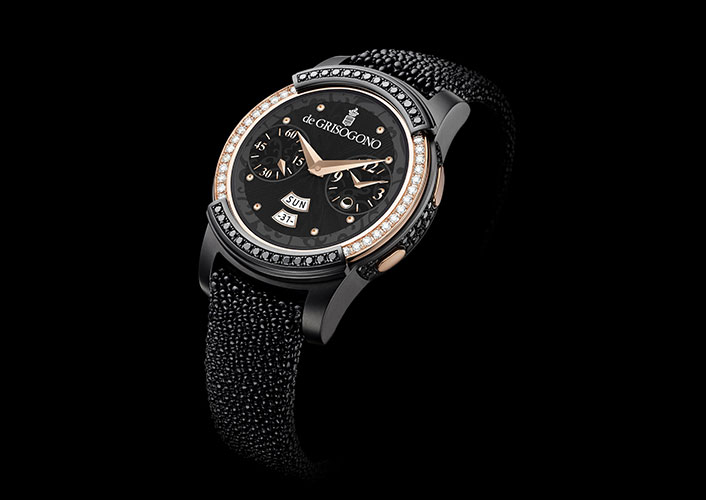 They say diamonds are forever, however, in this case, we beg to differ and promptly add ‘until the battery dies’. Before you start assuming, NO, scientists have not discovered some eerie diamond that runs on a battery! We’re talking about the limited edition Samsung Gear S2 by de GRISOGONO.

The news arrived as the Korean tech giant gate-crashed Baselworld 2016 with its elegant and opulent top-dollar Gear S2 smartwatch designed by the luxury jeweller whose name is synonymous with opulence. The co-creation Samsung Gear S2 de GRISOGONO edition boasts innovative technology of Gear S2; it is a statement of style, opulence, and perhaps even status.

Moulded in gold and sculpted with a trove of expensive jewels, Samsung Gear S2 by de GRISOGONO marks a sumptuous marriage between new-age tech sass and old-school class. What’s more, the Gear S2 maker alleges that the latest product coming out of the fashion collaboration is not simply a smartwatch studded with precious diamonds and ridiculously expensive metal moulded to the chassis. Rather, the product is a result coming out of two companies blending their artistry and glamour with technology. 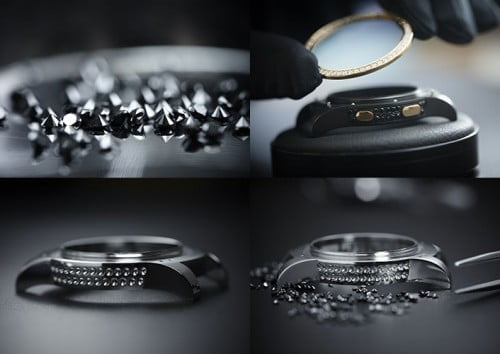 The limited edition device arrives with a Super AMOLED circular display of 1.2-inch.

The gold bezel studded with diamonds can be turned freely around the smartwatch’s dial, which allows users to access the library of features and applications, including activity logs, various notifications, etc., on Gear S2.

It’s all about design here. The shrewd and lavish craftsmanship of Samsung Gear S2 by de GRISOGONO is dedicated to imagination, innovation, and perfection.

Samsung Gear S2 de GRISOGONO Edition travels far beyond just co-branding and dilates into authentic design and co-creation. Here, both the leading brands have merged their unique aesthetic and vision to co-create a smartwatch, which brings function and fashion altogether, meanwhile offering you a passage to express your style.

Executive Vice President of Mobile Communications Business, Global Marketing at Samsung, Younghee Lee explained, “The combination of style and substance is inherent in every Samsung device,” further, he added, “This dynamic partnership builds on this heritage by merging Samsung’s barrier-breaking technology with de GRISOGONO’s signature style to create a smartwatch as unique as the wearer.” 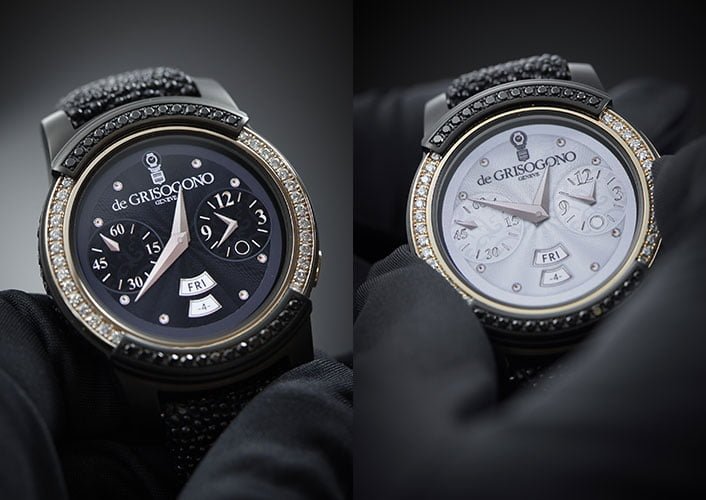 On this note, the Founder and Creative Director of de GRISOGONO, Fawaz Gruosi said, “de GRISOGONO has always been associated with daring products and a visionary approach to High Jewellery and watches,” he added, “Designing a connected watch with Samsung has been an incredible experience for both brands. Samsung brought to the table the best and most intuitive technology while de GRISOGONO brought its glamorous design and craftsmanship expertise. The resulting Samsung Gear S2 by de GRISOGONO clearly embodies all of our boldness in watch design and our jewellery savoir-faire, while maintaining all of Samsung’s technological capabilities and intuitive usage. This watch will take an honourable place alongside de GRISOGONO’s Meccanico, Otturatore and Occhio, as another of our brand’s revolutionary approaches to displaying time.”

So far, we have no details regarding the price of Samsung Gear S2 de GRISOGONO Edition, but one thing remains for sure that we won’t be able to tick this wrist royale studded with precious rocks, with a handful of cash. Historically, extravagant watches are known to be prized due to their durability and brilliant craftsmanship. 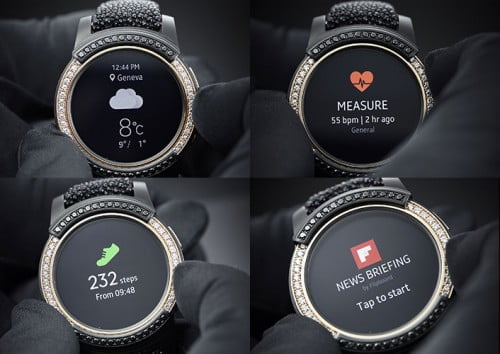 It is unpredictable yet to find out whether the luxury edition will find a strong base among the audience. Let’s get straight to the point. When we buy a Rolex, rest assured we plan to die with that expensive timepiece on our wrist, so investing in that sounds pleasant. Smartwatches, on the contrary, are an entirely different breed of species; this is because similar to the smartphone, every 2-3 year you need to swap your piece of wearable with the latest one in fashion. So whether the idea of investing in a limited edition, highly expensive Samsung Gear S2 by de GRISOGONO will click with the audience, we don’t know.

The limited edition smartwatch will be available for sale this summer across de GRISOGONO and Samsung retail stores.