The smartphone technology will now evolve beyond our belief of reality. After the high-end Samsung Galaxy S8 and Note 8, Samsung has another surprise for us this year. The South Korean giant is heading closer towards futuristic foldable smartphones. According to the latest report, Samsung is soon to officially unveil the foldable smartphone which was just an imagination once. 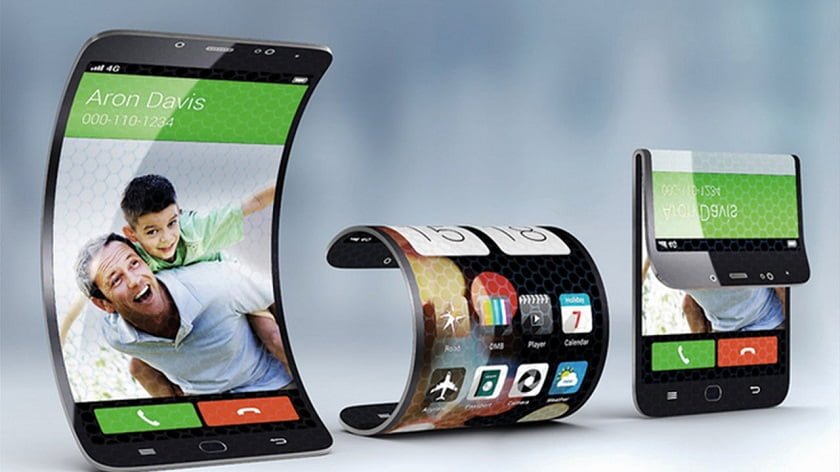 Samsung has first put forth the idea of foldable technology in CES 2013 and also exhibited it in a private meeting in CES 2014. The company has already introduced the foldable technology for screen display that has four forms: curved, bent, foldable and rollable.We have already seen some of them in real and now the tech-giant is warming up for the working prototype model of the foldable smartphone as whole.

In MWC 2017, Samsung showcased the prototype to some private partners.  ETNews sources reported that Samsung will showcase the smartphone prototype soon this year. Samsung was working on the unnamed smartphone for long under the ‘Project Valley’. Well, the smartphone, for now, is given the codename ‘Samsung Galaxy X’.

The South Korea’s tech-giant is planning to start the prototype production soon. Samsung will produce massive prototype models somewhat around 1,00,000 and will lean towards the testing.Most probably, the company makes the prototype public in the third quarter of the current year. On the same token with Samsung, Lenovo and LG are also having their hands on this futuristic foldable smartphone technology. Also, LG will roll out 1 lakh prototype models in the fourth quarter and will be sporting better technology than Samsung. It may also use the foldable technology for other smartphone makers like Apple and Huawei.

The closest look to the design we had was the leaks by Sammobile from November 9. The Samsung Galaxy X patent images showcase the hinges and folds in the phone from many different angles. But to rely on we have the patent filed by Samsung. The company registered the display patent with the United States patent and Trademark office at the end of September 2016.

A camera lens is accommodated on the top of the clamshell-like device featured in the patent. It also embodies a selfie camera and a speaker. The bottom of the screen shows that it has a curved edge and it comes to your note when folded. This gives us particular hints about their display type.

You might be keen to know the material used for the composition of the foldable smartphone. In the science world, the nano materials are likely to form the flexible stuff. Be it a flexible building or a phone, nano materials may form the core of every bendable material. But we have no clues about the core material to be used for the composition of the device.

We really don’t know who will attain the flagship in the foldable smartphones. But with the leaks and patent release, we can say that Samsung is closer to bring the foldable technology in implementation.