Samsung is ready with its third iteration of fold phones— the Galaxy Z Fold 3 and Z Flip 3, which launched on August 27.

In a press briefing, T M Roh, President and Head of Mobile Communications Business, Samsung Electronics, said, “We debut our next Galaxy Z family and share some foldable surprises — including the first-ever S Pen designed specifically for foldable phones. Instead of unveiling a new Galaxy Note this time around, we will further broaden beloved Note features to more Samsung Galaxy devices.”

Samsung puts an emphasis on “mainstreaming” the foldable category as a whole in its presentation and appears to see it as the long-term successor to its Galaxy Note series.

“Samsung is putting foldable smartphones upfront to become a dominant player in the premium market at a time when it’s facing fierce competition from Chinese brands in the low- to mid-price segment,” said Jene Park, senior analyst at research firm Counterpoint. “The absence of Galaxy Note series this year will be a positive factor for Fold 3 sales.”

Foldable phones will start contributing to its bottom-line starting in the second half of the year, the company said.

Samsung’s Fold 2 models were priced starting at $1,999. For the Galaxy Fold series to become a mainstream product, Samsung will have to bring its prices down. The current Fold 2 model starts at $1,999, higher than the most expensive iPhone or Galaxy S flagship Android options. According to some bloggers, the company plans to sell the new series somewhere between $1,660 and $1,750. 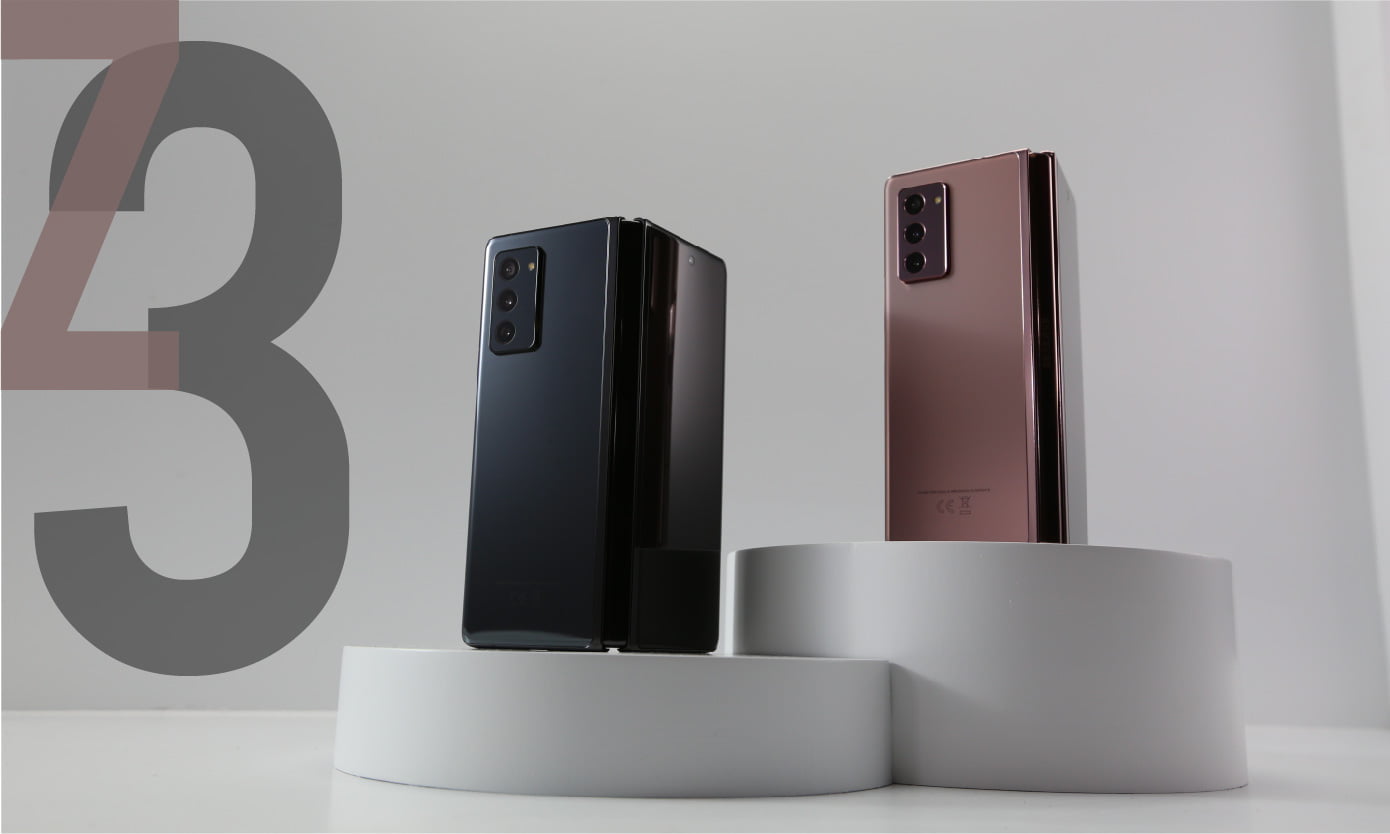 Smart-fold-phones from Samsung fly as priorities.

That’s why the “mainstreaming” foldable devices in Samsung’s press release is significant. Samsung seems to be eager to fix it. That means the phone has to be “not in the most expensive category” if it wants to be mainstream. Samsung needs a premium and affordable device to pitch against the new iPhones that will be announced by Apple at its event in September.

Along with pricing, durability is another issue with foldable phones. They are more prone to damage than single display phones. This aspect was addressed in the press statement by Samsung during its earnings call. And rumors say the handset will deliver IPX8 water resistance, which is a great feature to have on a phone with a hinge with plenty of moving parts.

Samsung has mentioned that it intends to offer UPC, or Under Panel Camera for selfie camera tech for the new phones. It is not clear if the Fold 3 will carry the same.

Samsung’s showing in this quarter was excellent. It reported nearly $11 billion in profit from over $55.5 billion in revenue. But the mobile division’s performance was not as good as expected. Samsung said the global shortage of chips was the main culprit, along with the Covid-19 outbreak in Asia, which affected the production timeline.

Samsung’s upcoming Z Fold 3 and Z Flip 3 phones aren’t the only new foldable phones ready for a launch in 2021. Some other manufacturers, including Google, are ready with their version of the foldable. It is rumored that the first Pixel Fold from Google will have certain parts supplied by Samsung, including the foldable OLED screen and the foldable Ultra-Thin Glass panels. Samsung itself has confirmed that it would be supplying parts to some other vendors.