Ahead of the Rio Olympics 2016, Samsung Electronics is all set to launch its contactless, mobile payments app service in Brazil on July 19, 2016. The company chose, this time, to introduce Samsung Pay Brazil because Rio de Janeiro is hosting the upcoming Olympics games. It’s a marketing stint, which can be used as a springboard to promote the Samsung Pay launch in Latin America’s other markets. Brazil is regarded as one of those countries where smartphones have become a major gateway to the world of internet. 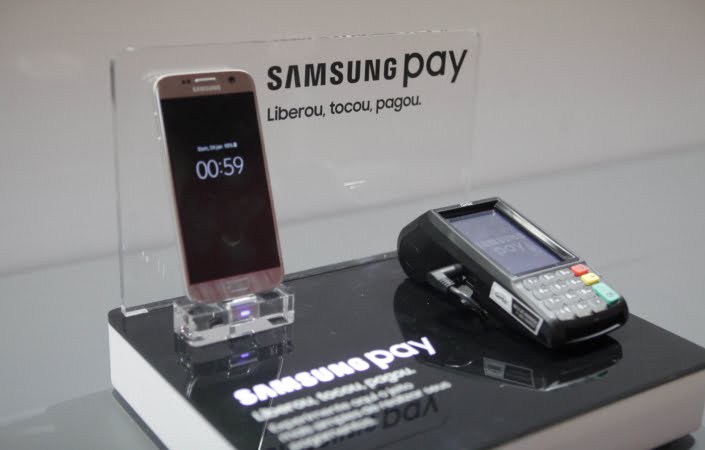 Brazil is the first economy in South America where Samsung is going to launch its mobile payment system. The country joins the United States, Puerto Rico, South Korea, China, Australia, Spain, and Singapore in the list of prominent economies where the service has been launched. Last year, August witnessed Samsung Pay launch in South Korea, which was immediately followed by the launch in the United States in September.

Samsung Pay Brazil is going to be the only contactless payment service available to smartphone users at the Olympics 2016, according to unit’s Vice President, Haley Kim. 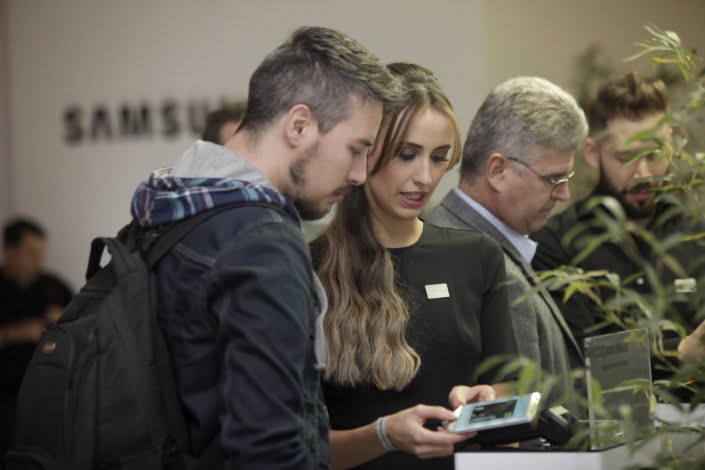 Image: Attandees checks out the Samsung Pay during the launching event in the Ibirapuera Auditorium, Sao Paulo, Brazil.

How do you use Samsung Pay? Samsung Pay features an easy and secure method for making payments. It can be used to make cashless transactions almost at every place where credit cards and debit cards are accepted. All you need to do is swipe up in order to launch the service, secure it with your fingerprint, and hover your smartphone above the card reader for making a transaction. The service allows users to perform transactions with the help of NFC-enabled Samsung smartphones, which are compatible with Samsung Pay. Thanks to NFC and Magnetic Secure Transmission Technologies.

According to research conducted by the Federation of Brazilian Banks (FEBRABAN), in recent years, Brazil has witnessed a rise in mobile banking. In fact, 2015 witnessed a hike by 138% with over 11 billion banking through mobile phones, compared to 2014’s 4.7 billion transactions. 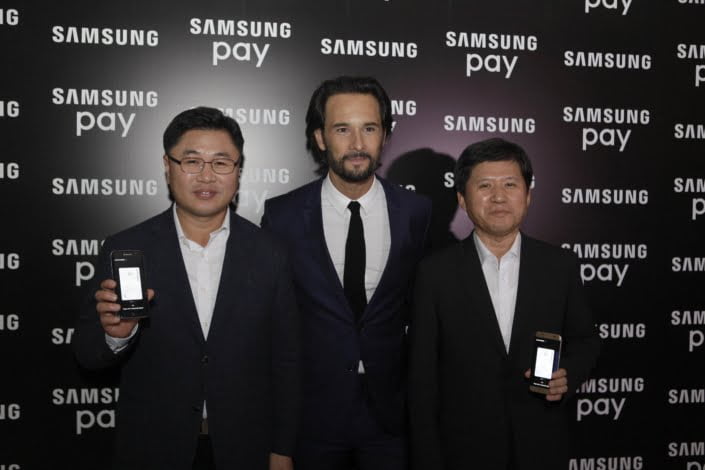 Samsung Pay launch reinforces Samsung’s vision to bring value and quality to both partners and consumers by offering innovative services to smartphones. The Global Co-General Manager and Vice President of Samsung Pay Division at Samsung Electronics, Thomas Ko, said that Samsung is on its mission to explore creative technologies. It wants to use innovation to offer consumers a holistic and immersive smartphone wallet experience.

The company is quite excited for Samsung Pay’s launch in Brazil. As the first market to be introduced with Samsung’s mobile payment service, it will pave the way for entire region’s attention and adoption of this mobile wallet being offered by the South Korean giant.

The service is smartly broadening its collaboration ecosystem to offer greater choice, access, and flexibility for consumers. The company has partnered with Brazil’s major payment service providers like Visa and MasterCard to offer mobile wallet to consumers. Samsung Pay will debut in the country with major issuers namely Caixa, Santander, Banco do Brasil, Porto Seguro, and Brasil Pré-Pagos. Additionally, the company is also working with other local financial institutions like Banrisul, Itaú-Unibanco, Bradesco, and Nubank. Partnering with more and more local institutions will further boost the adoption rate of service in Brazil.