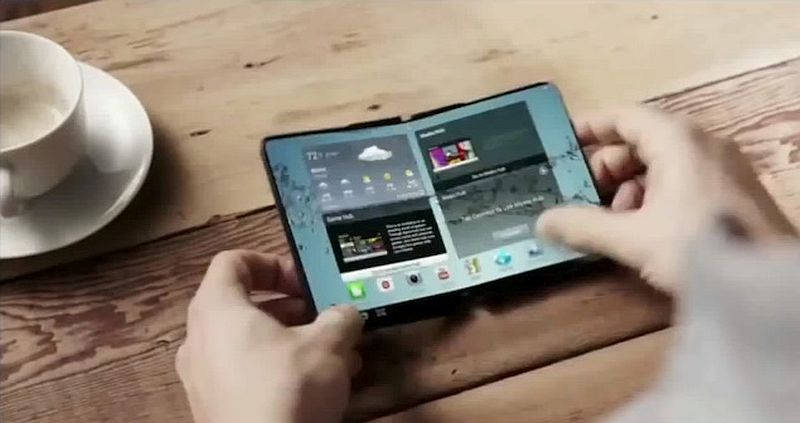 Foldable smartphones have been making news since quite some time now. There were also reports suggesting that such a device would be launched in January 2016. Now if rumors are to be believed South Korean smartphone maker Samsung could introduce a device with a display that physically folds.

Internally known as “Project Valley,” the device is said to hit the store shelves sometime as early as 2017. Apparently the technology has been slow coming. Initially it was expected that the devices would be launched in 2013.

A prototype of the model is completed and the phone maker is hoping to mass-produce the device starting from second half of this year, and the release timeframe is expected to be next year. The electronics giant has reportedly acquired many technologies that are required to implement Foldable Smartphone. Samsung Electronics and Samsung Display have teamed up with domestic and foreign organisations to develop this new device.

Speaking of specifications, the device is said to come with a 5-inch folded-display and upon opening, it can be converted into a 7.0-inch tablet. It can bend a screen in half by using OLED display and can be carried like a wallet and use it by opening it.

Rumors also suggest that the tech giant has tested the Project Valley smartphone with both Snapdragon 620 and Snapdragon 820 on board. The smartphone will apparently sport 3 GB of RAM configuration, microSD card slot and a non-removable battery. This will reportedly be used as a base to develop the final product.

On the whole, the tech industry sees a lot of potential in flexible displays and VR headsets. While VR is making a lot of progress, the bendable technology is considered as the next-big-thing.

It’s a known fact that smartphone market is getting saturated it has become difficult to create demand with general products. We have seen devices with 4 GB of RAM and the new devices marked for later this year will reportedly come with 6 GB on-board.

Samsung’s edge display has been around for the last couple of years and search giant Google’s modular concept phone Project Ara made its mark, but the project has hence been postponed.

Needless to say, the flexible smartphone is now being viewed as next-generation smartphone. It is expected that the technology will create new momentum in smartphone markets that are somewhat lagging behind.