Samsung’s New Generation of Galaxy Phones To Be Bezel-Less, Notch-Free?

Probably bezel-less Smartphone design is the trend for the year 2018. After Oppo, Vivo and Huawei, the latest company to join the forces is Samsung. The Korean company filed a patent on August 24 last year for a design concept that includes almost 100 percent screen-to-body ratio, reports Lets Go Digital.

Samsung’s filed patent indicates that its full-screen design is about a bezel-less, headphone jack-free as well as notch-free device. Moreover, the overall body size seems trimmed from the sides and bottom and the top bezel is slimmed to wafer thin.

Interestingly, this design concept can be applicable to any electronic device with a display such as mobile phones, TVs, and monitors. Huawei also revealed a similar concept last week. 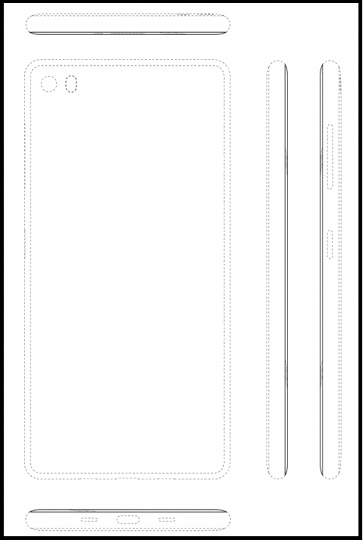 The patented Samsung full-screen design depicts four magnetic strips attached to all four sides of the gadget. These strips are made of different components such as metal, aluminum or patterned wood.

In fact, the magnetic strips can be converted into user replaceable accessories in case of damage or if somebody wants to customize the upcoming Samsung Smartphone to make it appear different from other similar models.

The LGD report suggests that in addition to magnetic nature of strips, they seem to have U-shaped coupling structure.

Since a similar technique is already available on Samsung The Frame TV, it is a key point to note that Samsung has taken an extended time to adopt the full-screen design.

Moving forward, it is quite evident from Samsung’s leaked bezel-less design that there would be no physical fingerprint scanner either at the front or back side of the new Smartphone series, unlike Note 8 model.

Though Samsung patent does not discuss anything in detail about the new design, it seems firmer in structure since the design can be used on TVs. Huawei mentioned that its full-screen design is dust and waterproof whereas Samsung did not comment on these factors.

It is rumored that Samsung will implement the new bezel-less design in its new series of new Galaxy Smartphone. However, with Samsung Galaxy Note 9 slated to release in August this year, it seems that people have to wait for the new design to land in the market.