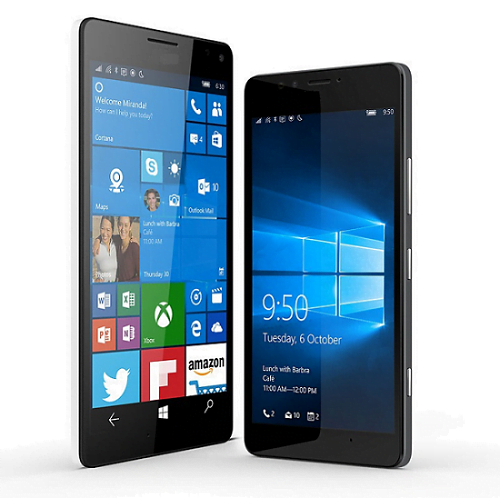 The much-anticipated Mobile World Congress (MWC) is only a couple of days away from officially kicking off, and we’re already starting to see more details emerging on upcoming devices through the nooks and corner of the internet.

The latest being HP Elite X3, a Windows 10 Phablet, for you to feast on. The device, originally named Falcon, is packed with high-end viscera. By the looks of it, it could be one of the best Windows 10 mobile devices, and its biggest rival is going to be the Microsoft Lumia 950XL.

Let’s take a look at the full list of HP Elite X3 specs that first appeared on Tech2.

The HP Elite X3 has a 5.96-inch QHD touchscreen, with a 16MP rear camera, and an 8MP selfie camera. It is powered by Qualcomm’s Snapdragon 820 chipset; with 4GB of RAM, 32GB of expandable storage; and a USB Type-C port that supports USB 3.0. It’s also packed with a fingerprint scanner (hello! safe internet banking), an iris sensor to enable Microsoft’s Windows Hello security feature. Additionally, it has a Qi wireless charging, a special docking connection, an incredible IP67 certification for water and dust resistance, and an MIL-STD-810G rating for withstanding drops from 1 meter of less. The device is super sleek at 7.8 mm.

The Windows 10 Mobile-powered device won’t come cheap, expect to drop a few hundred bucks before getting your hands on this Pretty Young Thing!

There is no word on the release date yet, however, we believe, HP is set to comment on that when it officially unveils the Windows 10 phablet at the Mobile World Congress next week.