RMIT researchers develop artificial skin that can feel pain and be a significant help of future skin grafting work.

Researchers at the RMIT University in Melbourne, Australia recently invented artificial skin that is capable of sensing and reacting to a pain similar to human skin. The creation is a way to improve prosthetics and skin grafts by offering people the capability to sense the environment around. The team also stated that  artificial skin could “augment or compensate the human skin in developing realistic humanoids.” The new research was published in the journal Advanced Intelligent Systems.

Pain as a sensation is a helpful sensory feeling that lets humans navigate the world around. This experience is absent in people who have prosthetic limbs. The pain-sensing artificial skin that is created by RMIT researchers impersonates the nerve pathways in the human body connecting the skin to the brain and works in that way. “We’re sensing many things at one time through our skin, but the pain response only resonates at a certain point. It occurs in situations like when touching something too hot or sharp,” stated lead researcher Madhu Bhaskaran. “so far, none of the electronic technologies invented has been able to realistically the pain feeling of humans.” 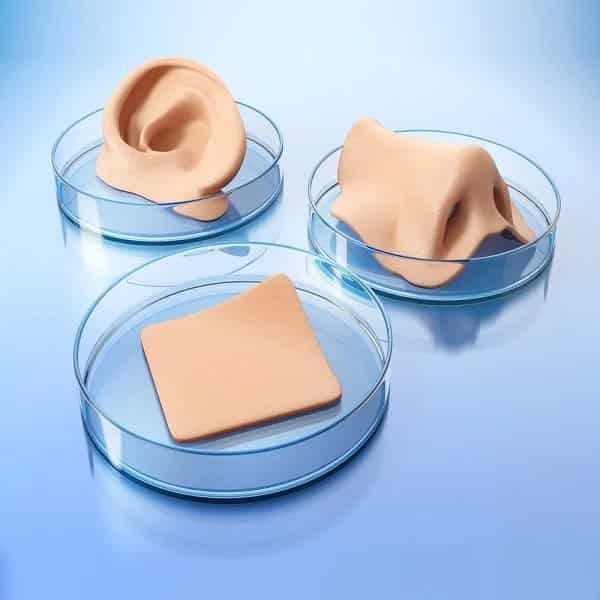 “While there are technologies that use electrical signals to mimic pain in the human body, the new artificial skin can react to real mechanical pressure, temperature as well as pain, and deliver the exact electronic response to it”, researcher Ataur Rahman stated.

This means the artificial skin understands the difference between gently putting a finger on a pin and accidentally pricking yourself with the pin. this is a critical distinction that was never achieved before electronically.”

The artificial skin invention breakthrough can have massive implications in the fields of healthcare and robotics. Robotics would benefit significantly from sensors that would detect when the bots come into danger and would help them to react accordingly. As the artificial human skin can communicate electronically with a robot, this feature would make the process simpler.

However, interfacing the artificial skin and blending it with the nervous system of the human body is more challenging.  The groundwork for the same, though, is already present. Bhaskaran stated, “We need more research and development to integrate the artificial skin technology into biomedical applications even though the fundamentals like biocompatibility and skin-like stretchability are present.” There can be the use of artificial skin for burns to help patients recover well.

The artificial skin sensors may not be available for some time now. However, that won’t make the RMIT research team’s progress any less critical. Their new research and artificial skin technologies will create a new path for smarter prosthetics and enhanced skin grafts in the future.