Meet the Xenobots: Tiny robots, named after the African clawed frog (Xenopus laevis), that can walk, work together, and self-heal after injury. 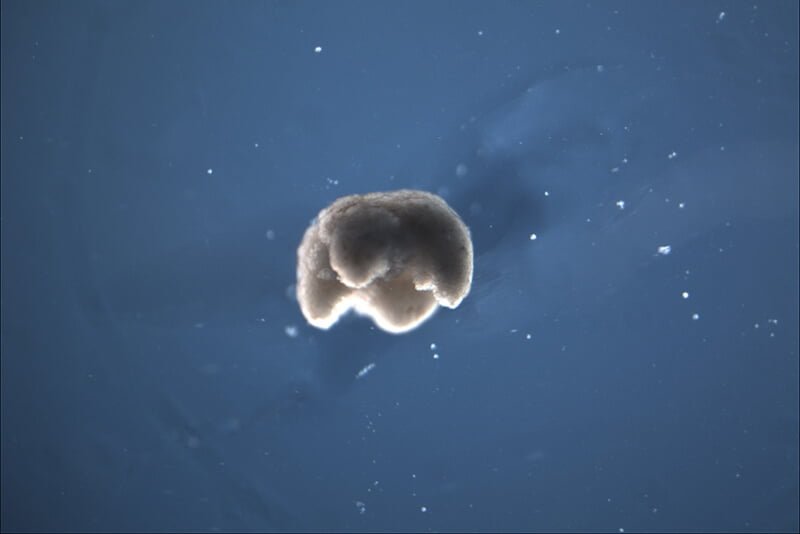 Xenobot- this is the name scientists have termed for the first living and self-healing robots. More surprising is the fact that these robots are created with the help of frog stem cells!

The robots are named Xenobot after the famous African clawed frog (scientific name is Xenopus laevis), from which the scientists acquired the stem cells. The Xenobot has a machine micro less than a millimeter (around 0.04 inches) wide. At this size, the robot can quickly move around inside a human body. The Xenobots can perform activities like walking, swimming, survive without any food for days and even collaborate in groups.

As stem cells have the functional ability to form different cells, scientists scraped the living stem cells from the African clawed frog embryos and incubated them. Once they were nurtured, the cells were neatly cut and reshaped into body forms. A significant aspect of these body forms is that they were one of a kind form and were created by a supercomputer! The supercomputer played a principal role in creating these robots. 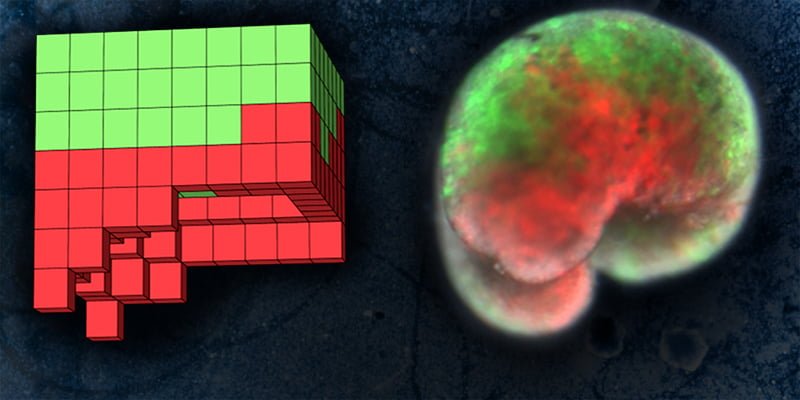 On the left, the anatomical blueprint for a computer-designed organism, discovered on a UVM supercomputer. On the right, the living organism, built entirely from frog skin (green) and heart muscle (red) cells. The background displays traces carved by a swarm of these new-to-nature organisms as they move through a field of particulate matter. (Credit: Sam Kriegman, UVM)

After they are formed, the cells started to work- they bonded, built structures, their heart pulsed and the muscle cells made the robots move around on their own. Xenobots are equipped with self-healing abilities when the scientist cut one robot; the organism healed entirely by itself and started moving again.

Xenobots would prove useful for surgeries as some of them have holes that can be used to carry drugs or medicines to the body. They can also be used for several other tasks, including cleaning up radioactive waste, collect and degrade microplastic from the oceans, transport medicine inside the human body. They can also travel inside the arteries of the human body and bring out plague and infection. Xenobots can survive in an aqueous environment for a multitude of days or even weeks without nutrients. They are a perfect tool for internal drug delivery.

Xenobots can also be a helpful tool to study and conduct more research into cellular biology. By exploring cells and more of the inside of the human body, the Xenobots can open up avenues of future advancement in the field of human health and cellular biology. With the help of Xenobots, scientists can make a 3D natural form of the human body and can quickly cure congenital disabilities, transform body tumors into healthy tissue and regenerate traumatic injury. This advancement in the field would swoop up the field of regenerative medicine to heights.

Xenobots are equipped with lipid and protein deposits of their own. This allows them to survive for more than a week without any additional nutrients. Xenobots don’t possess the capacity to reproduce or evolve, though however, their life span can increase to a multitude of weeks when they receive regular nutrition.

Xenobots are a boon to humankind, for the extensive roles it can play and because they are unlike the regular robots. Their superpower to self-heal is a crucial advantage, and their size of being able to enter a human body and transport medicine in future seems a blessing in itself!

Xenobots, the Evolution of the Living Robots