Approximately a quarter of the city of Amsterdam is covered by water. Due to this, a major part of the transportation of this city takes place through the medium of water. More than hundreds of kilometres of canals wind through the narrow lanes of Amsterdam. Hence when the city is planning the future of transportation, the focus is more on self-driving boats instead of cars. Today, the Amsterdam Institute for Metropolitan Solutions (AMS) announced an initiative regarding the same. This announcement is regarding a five year research initiative to explore the possibilities of floating robot vehicles.

How helpful is the “Roboat” program?

This program has been named “Roboat” and is being carried out by researchers of MIT and two Dutch universities. These Dutch universities are the Delft University of Technology and Wageningen University and Research. The fund provided for this research is around $27 million. Carlo Ratti, a principal investigator in this research program believes that such autonomous boats might be useful for transportation of goods as well as people. He further says that these boats are not solely for the purpose of transportation. They might also prove to be helpful to assemble dynamic and temporary floating infrastructure. Moreover, assembling or disassembling of on-demand bridges and stages can take place in a matter of hours. This would make transportation through bridges convenient and hassle-free. This can save a lot of finance and time for constructing such bridges. Also, such bridges would be useful at rush hour to reduce traffic on roads. 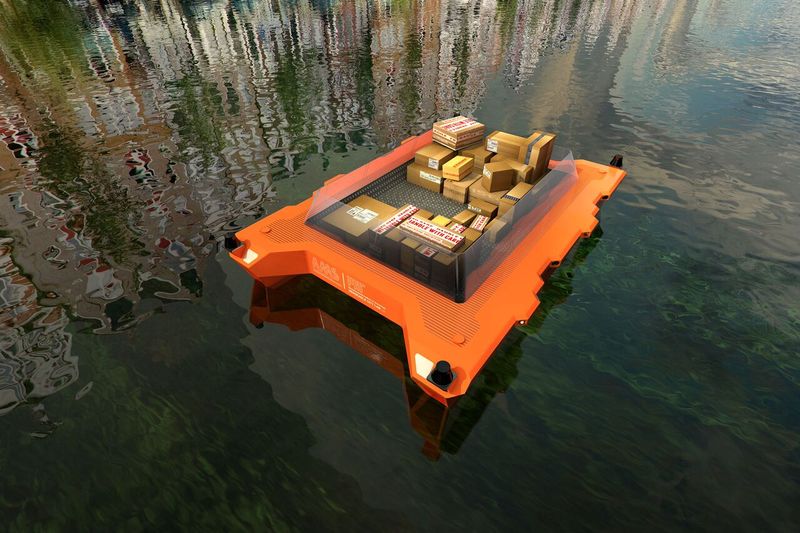 AMS aims to have these first prototype robo-boats floating on Amsterdam’s canals by 2017. These Roboats can be useful as water taxis and the exchange of goods from one water bank to another. Apart from this, these boats would also function as mobile data-gathering units. Researchers claim that these Roboats will be useful to collect information on air and water quality. This information can later be helpful to monitor the spread of diseases which occur through these mediums. If the program goes on as planned, these boats can also find methods to clean the waste from the canals. According to statistics, the disposal of around 12,000 bicycles in the waterways of Amsterdam takes place every year. These Roboats might be helpful in clearing such waste.

Far sightedness of the Roboat program

The Roboat program is only at its initial stages but AMS is confident that it’ll have widespread applications. This is in context that generation of 80 percent of global economic output is around coasts, riverbanks and deltas. This same area is also home to around 60 percent of the world’s population. This explains how widespread can this program be. Gradually as the sea levels are rising due to global warming, the demand for such floating technology will also increase. The Roboat program is in support by Boston as it is one of the most vulnerable cities in the US in terms of rising tides. With this in mind, they are planning to convert some of the city’s streets to canals. This is in the hope of accommodating such rising sea levels. And maybe later on these canals, this robo-floating vehicle technology can be useful.