The computer giant Intel began its CES 2017 keynote in style on Wednesday, by altering the venue with a hint of virtual reality. Each leather lounger in the venue had its own virtual reality setup which the attendees were free to use. By doing so, the company wanted to give an idea that its steps for VR related development are absolutely justified. Intel began its conference by first giving a demonstration of the next generation 10nm Cannon Lake processor.

The CEO of Intel, Brian Krzanich unveiled a 2-in-1 PC containing a Core processor which is based on its Cannon Lake design. The creation of the Intel chip is inspired by the 10nm process technology. This means that the company can cram up more transistors into the usual-sized processor manufactured using the 14nm technology. As the size of transistors get smaller, it can create more power efficient chips.

Cannon Lake is the first generation of Intel’s 10nm technology. Notably, it was important for Intel to come up with a new Core processor as its previous quad-core Kaby Lake chip received mixed reviews from the computer experts. Well, the Cannon Lake processor has an entirely new process which offers better potential. 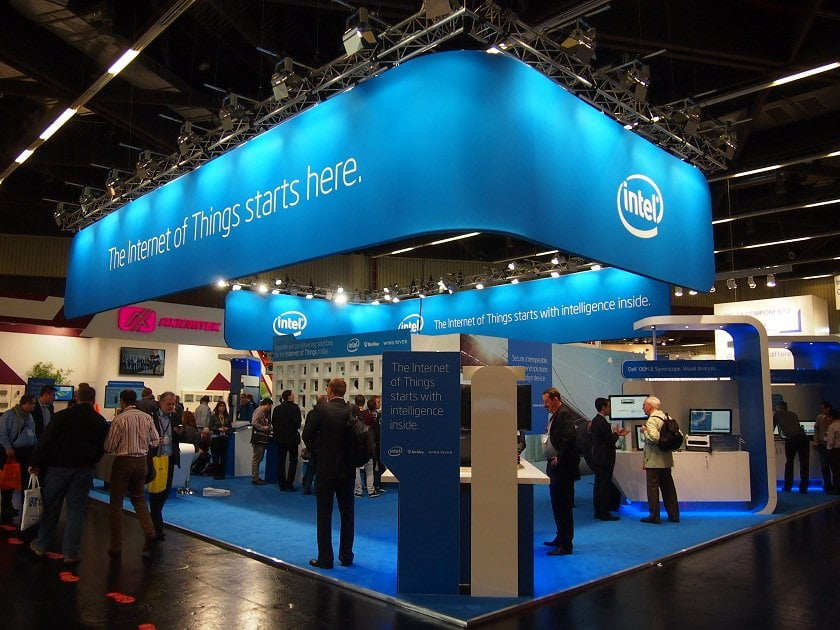 The launch of Intel’s Cannon Lake processor was at CES 2017.

The Cannon Lake processor offers an opportunity not only for content creation but also for the experience of the content on a platform of virtual reality. But the major drawback is that there is no proper apparatus to convey the virtual reality experience. Therefore, the Intel processor will compete in the virtual reality market with better power efficiency, slimmer devices, and better computing performance. The 10nm chips will fall into the company’s ‘U’ and ‘Y’ processor lineup which contains two cores and GTU graphics. The U variants will consist of a total power draw of 15 watts and the Y variants will have a maximum of 5.2 watts.

Making virtual reality available to its customers is a major focus of Intel. This step might turn out to be critical for the future of the company to stand out in the market. Throughout the years of 2015 and 2016, Intel acquired a number of startups to develop its VR technology. But these acquisitions did not turn out to be as fruitful as Krzanich expected them to be. Therefore the company came up with the Cannon Lake processor. There was no declaration of the launch of this technology into the commercial market at the conference.

Apple Steps Up in VR Space with eGPU