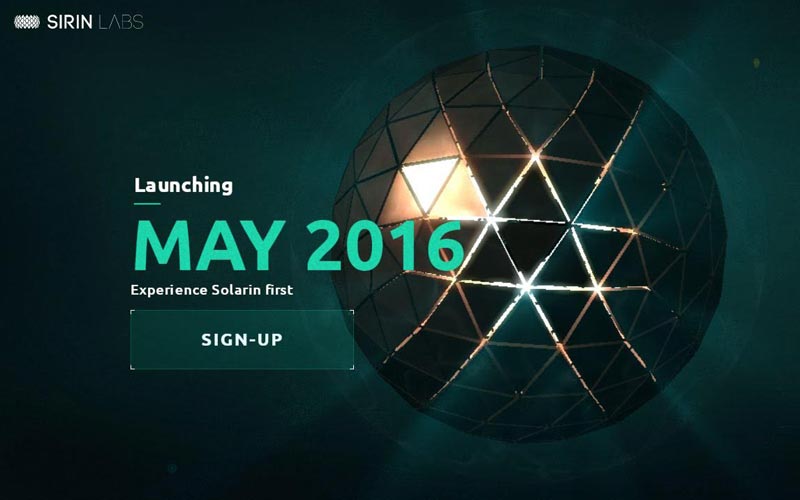 Israel’s Sirin Labs is all set to launch its debut smartphone called “Solaris” at a new flagship store in London next month. Touted as the “Rolls-Royce” of smartphones, it will come at a price tag of $10,000.

The smartphone will run on Android, and is custom-built using cyber defense technology to deliver quality, connectivity, and privacy.

Sirin Labs was co-founded in 2013 by Israeli venture capitalist Moshe Hogeg, former McKinsey consultant Tal Cohen, and Kazakh entrepreneur Kenges Rakishev. The company is registered in Switzerland, where they are basking in the sunlight of stronger privacy laws, a key factor that they claim for their smartphone’s security.

The company has around 100 employees, 75 percent of whom are based in the R&D hub in Tel Aviv, Israel. The remaining pool of employees is spread across London, Sweden, Switzerland, and the U.S.

Other than the “Rolls-Royce” of smartphones, we still don’t know what Sirin Labs has been working on since last three years. However, in the company’s own words, it wants to “create the most advanced mobile device that combined the highest privacy settings, operated faster than any other phone, built with the best materials from around the world.”

The Solaris smartphone has been in development for two years and it’s been led by a former product chief of Sony Mobile.

As on Monday, Sirin Labs raised $72 million in private funds to launch the high-end handset which would be aimed at executives. Moshe Hogeg believes that hundreds of executives in the U.S. and Europe will shell out $10,000-$20,000 since the cost of being hacked could be much more expensive in terms of data lost.

According to him, the value of the global luxury handset market is topping $1.1 billion, a smattering of total phone sales.

Sirin Labs plans to sell handsets through its own e-commerce site. In addition, its flagship retail stores will open across North America, Europe, and Asia by the end of this year.