Melanoma, if caught in the earliest stages is entirely treatable, but because it spreads quickly, early detection and immediate treatment is critical. One person dies of Melanoma every hour, and it is one of the deadliest and the most commonly diagnosed cancer in the United States. A low-cost hand-held device could potentially save millions of lives across the world by diagnosing melanoma without the need for a biopsy. 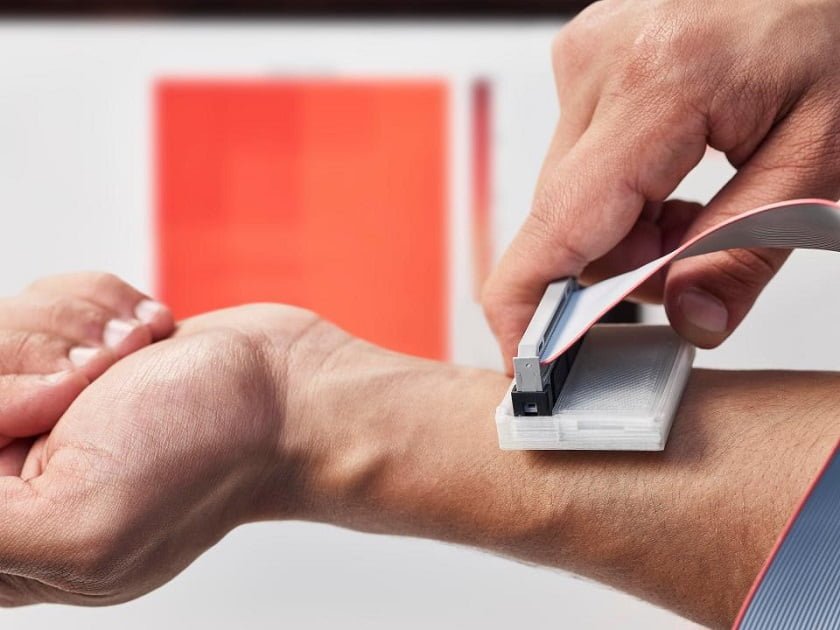 A group of engineering students have been awarded prestigious James Dyson Award and a cash prize of $30,000, for their device that spots skin cancer early. The device, dubbed sKan, is an easy-to-use gadget which measures skin temperatures to quickly and accurately identify melanoma.

The cheap, portable system could be used by doctors and other healthcare professionals to detect melanoma, potentially saving millions. The sKan uses thermistors, i.e. thermally sensitive resistors, to spot if a suspect mole or lesion is malignant through thermal heat mapping. The readings are displayed as a heat map, which indicates whether or not the individual has melanoma.

Cancerous cell has a higher metabolic rate than normal cells, as they release more heat. So, when the thermal shock is applied, these cells regain heat more quickly than normal cells, thus indicating there a malignant tissue exists.

“By using widely available and inexpensive components, the sKan allows for melanoma skin cancer detection to be readily accessible to the many” said award founder Sir James Dyson. “It’s a very clever device with the potential to save lives around the world”

The team see this device that can detect cancer as far more cost-effective than the traditional diagnostic methods. As a matter of fact, it will cost 80 percent less than non-invasive option of thermal imaging.

Previous James Dyson award winners include a telewheelchair, a temperature sensing band for infants which alerts parents if they have a fever, and DetectorNose, a facial filter that protects from air pollutants.