The video chat and messaging apps realm are increasingly becoming more crowded day by day, and Microsoft is striving to keep Skype relevant in the battlefront. 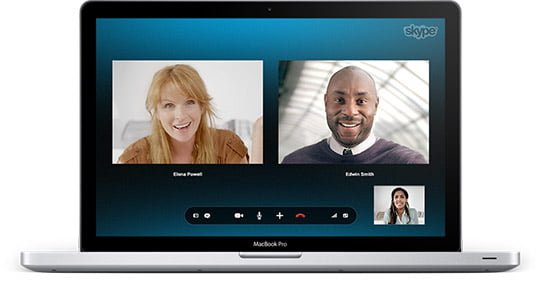 The company has just announced a new service called Skype Meetings, a new audio and video conferencing tool intended for small businesses and users can join a meeting from any device that has a browser, camera, speaker, and microphone.

Essentially the new service is just the stripped down version of the Skype for Business solution. The service is free to use and the host simply has to send colleagues and business associates a personalized URL to join in, which they click on to join the meeting in their browser, according to Microsoft. In the first two months of use, Skype Meetings allows up to ten people to log in for each video conference. After that, no more than three users will be allowed at the same time.

The free platform sports PowerPoint integration, screen sharing, the laser pointer, and whiteboard functionality, which are also some of the most prevalent presentation tools on Skype for Business. The new service thereby provides a glimpse into the full range of productivity tools offered by Skype for Business.

Microsoft sees this feature as the freemium version of Skype for Business. It is specifically designed to get small businesses to sign up for either Office 365 or Skype for Business, which also includes Skype. For one, the fully featured Skype for Business product allows meetings with up to 250 participants and it’s deeply integrated into Outlook, Word and PowerPoint.

Microsoft is facing tight competition in this space and bringing in more people to sign up for Skype for Business is very critical for the company, especially with the way competitors have been positioning their own platforms as a productivity hub.

For instance, Google Hangouts, which the company has deeply built into its suite of office tools allows for easy screen sharing and will soon feature webcasting on its free chat service. This systematizes communication between users, without them having to log out of Google’s suite of tools, from Gmail to Hangouts to Cast.

Team collaboration tool Slack is quickly developing calling capabilities for its popular chat app. Currently, the feature is available on both mobile and desktop versions; premium users can also make use of the group call feature that allows up to fifteen participants to join a conference.

However, there are also other messaging apps, such as Facebook Messenger, WeChat, and Line, thronging the market.

To set up the new tool and join them, businesses can download the Skype Meeting app after registering with their official business email address.

In other news, Microsoft has also rolled out a new feature that lets users send files even when the recipient is offline. The new version of the Skype app can be used to upload images, videos, and docs of up to 300 MB for other users who are offline. Earlier, Skype users had to actually wait until the recipient was online to be able to post files.