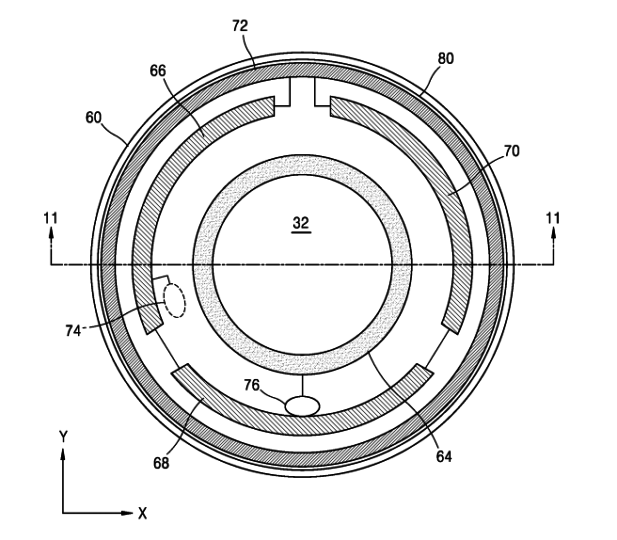 Yes. You heard that absolutely correct. In the far future (if the concept moves beyond mere a fantasy!), we could all be using smart contact lenses, similar to those fictional heroes and agents in movies.

Just when we were thinking how far our smartphone’s camera has arrived since those hefty cameras days, which we used to carry around on holidays, the South Korean multinational tech giant takes the concept of photography to a whole new level.

According to the concept of these smart contact lenses reported by SamMobile, it is equipped with several sensors, an antenna, a tiny display, and camera. An external device, for instance, a smartphone is required for image and data processing. The technology used in such lenses allows a display on contact lenses, which directly projects the image into the eyes of the wearer. The sensor element and built-in camera of the smart contact lenses are overseen by blinking.

Further, the reports published by SamMobile suggests that Samsung began smart contact lenses’ initial development as a means to craft a better experience of augmented reality than the ones provided by wearables like Google Glass. The smart lenses by Samsung would allow augmented reality to be directed straight into the eyes of the wearer and at the same time appear more invisible.

The feature of blinking isn’t an absolutely impossible subject. Google Glass had a feature, which allowed its users to click pictures with a single wink. But, a better and less awkward feature would be to use some form of a touchpad, say smartphone, in order to move around the given interface.

It’s not the first time when a multinational tech giant has developed a fascination for taking the concept of smart contact lenses beyond the realms of mere an illusion. Previously, search engine giant Google tried its hand on the technology. In fact, Google owns two patents already for such ‘smart contact lenses’ having sensors and flexible electronics, which read the proportion of chemical in the eyes of the wearer to determine their blood sugar levels.

The ‘Tech War’ for augmented reality continues. Filing a patent by the tech titans is nothing new. While some patent-filed concepts turn into reality, there are the others that end up being discarded. Let’s wait and watch where this advancement in technology is going to lead us.

LifePrint prints photos that come to life in your hands