Anemia is the most common blood disorder that reduces levels of the blood’s oxygen carrier, Hemoglobin, causing fatigue, heart palpitations, light-headedness, and shortness of breath. It affects a third of the global population.

Researchers from Georgia Tech and Emory University in Atlanta, USA have developed a technique for anemia detection via smartphone. The team relied on previous studies that proved anemia could be effectively detected using non-invasive techniques such as analyzing the pale appearance (pallor) of some parts of either nails, tongue or palm. 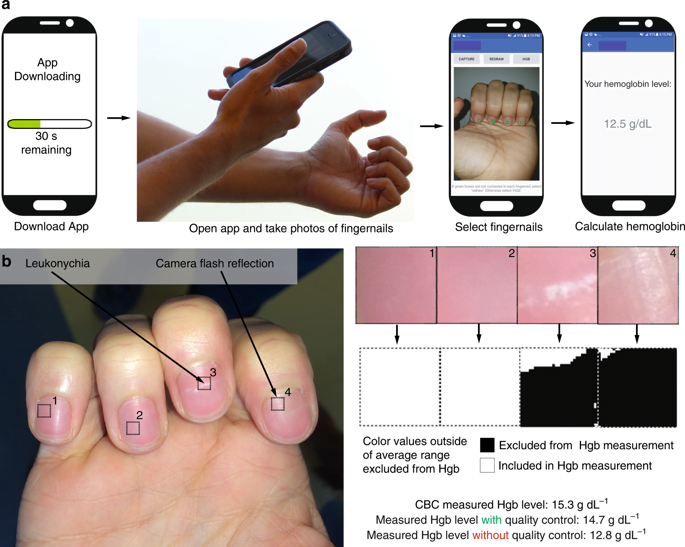 The smartphone app to diagnose anemia allows people to get an accurate result without even drawing blood. It is based on an algorithm created by Wilbur Lam and his team at Emory University and detects anemia by assessing the concentration of hemoglobin from the color of people’s fingernail beds, using photos captured on a smartphone.

The fingernail is a good indication of the blood’s hemoglobin levels because our nails don’t contain any melanin-producing skin that would mask the color.

The app can detect hemoglobin by recognizing changes in color as blood pumps through the fingernail.

The four-week study involved 337 people with a range of blood conditions, including 72 healthy control subjects revealed that the app outperformed physicians assessing hemoglobin levels from a physical exam.

The paper noted that the app-based technique to detect anemia is not as accurate as a conventional blood test, but even better than FDA-approved anemia tests available on the market today. 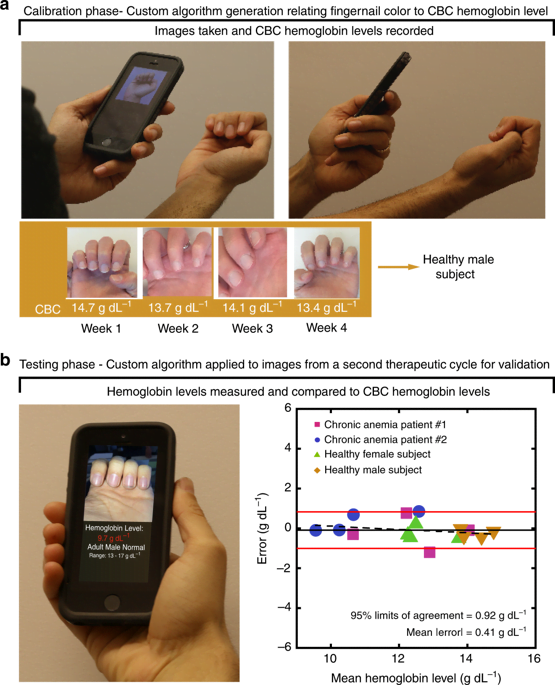 Researchers believe the smartphone app to detect anemia could help patients manage themselves better by allowing them to monitor the disease, and determine when they would need therapies or blood transfusions.

Health workers could use the test in low-income countries like India and Nigeria, where there is high smartphone penetration and prevalence of anemia.

In the near future, we’re going to see the rise of all kinds of smartphone apps for accurate diagnosis of various diseases. Smartphones are already being used to accurately diagnose conditions, including HIV, depression, and astigmatism.