The market for double-eyelid surgery in China is expected to worth over US$100 billion this year. It’s not difficult to see why. More than half of the people in East Asia are born without a fold in the eyelid – a feature gravely cherished by most of the population. According to 25-year old Beijing resident Sharon Lu, double-eyelid surgery has since 2017 become “as easy as getting a new haircut.” This trend has since last year escalated into a more serious social problem: Snapchat dysmorphia.

Cosmetic doctor Tijion Esho, founder of the Esho clinics in London and Newcastle, coined the term “Snapchat dysmorphia” in 2018 to describe the growing number of clients undergoing surgical procedures to look more like themselves – a plastic surgery to look like the edited and heavily filtered copy of themselves they often share on social media.

More teens and young people are now being driven to go under the knife, sometimes in pursuit of impossible results, reports a South China Morning Post story with details on how Snapchat dysmorphia is sweeping through the nation’s community.

Snapchat Dysmorphia: How bad is it?

The focus on appearance in today’s social media is worrying, with an increasing number of youths glued to their screens. It’s causing havoc on the psyches of young people, says a Hong Kong-based psychotherapist, Jamie Chiu.

Growing up in social-media-obsessed environment does hurt your self-esteem, there is no doubt about that, and camera filters in particular “are leading to a dangerous trend where people feel insecure about not being as beautiful as their own filtered selves,” Chui told SCMP. 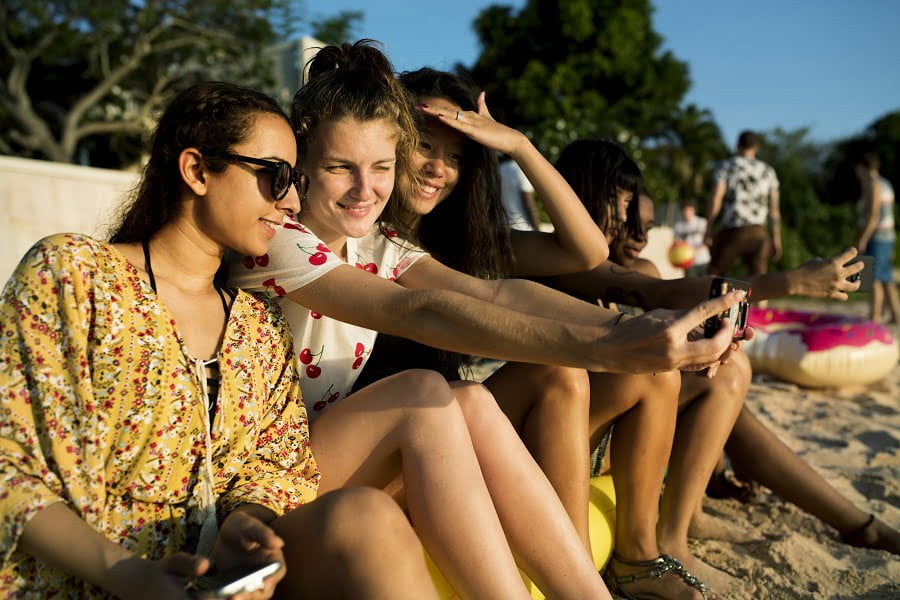 Snapchat dysmorphia is having more impact among youths in Asia, with 8 percent of the total patients that went under the knife in 2018 born after 2000. Plastic surgery influenced by photographs from camera filters is getting more common. Double-eyelid operations are now “as easy as getting a haircut.”

The statistics are particularly stark in China. Domestic cosmetic surgery industry is valued at US$71.8 billion, according to a 2018 survey by cosmetic procedure platform GengMei, which also found that the number of new clinics joining the market has increased 10 percent from 2017.

About 22 million Chinese had plastic surgery in 2018, the report published on SCMP found. And a whopping 54 percent of the total clients are under the age of 28. Clients born after 2000 represented 8 percent of the total number. Considering the procedures required from teenagers like getting approval from a family member, that figure is troubling. Double-eyelid surgeries and hyaluronic acid injections were the most popular cosmetics surgery procedures among young Chinese.

The social media environment nurtures a culture that tells the youths they need to be beautiful to be noticed. “And that being beautiful means looking like an Instagram model,” Chui said.

This report creates awareness that nearly half of all teenagers feel unhappy or possible get depressed after looking at social media pictures when they think about their own looks. The impact is the same regardless of the social media platform.

Patients come with an edited photograph of themselves and ask to look like that,” says De Silva. Some will ask for something impossible such as moving the position of their eyes, which is possible on apps.