Snapchat on Wednesday introduced a slate of self-produced shows for its Discover section as the company’s new effort to bring back old users and to retain the existing ones.

Referred to as the Snap Originals by Snapchat, the shows will include scripted storylines and reality shows that would last through episodes over the next several months and exclusively for the platform. The shows could help to promote more conversation among Snapchat users aside from winning new users or viewers if they are successful.

To hype the shows extensively, Snapchat is patterning with writers from popular TV shows and also some social media stars for the programs. Users will be able to share the shows and equally watch multiple episodes at once.

ESPN, E! and NBC are among Snapchat partners that have for years been making contents for Snapchat’s Discover section. One can begin to wonder why the social media company is seriously betting more on content and even working with production companies for exclusive shows. 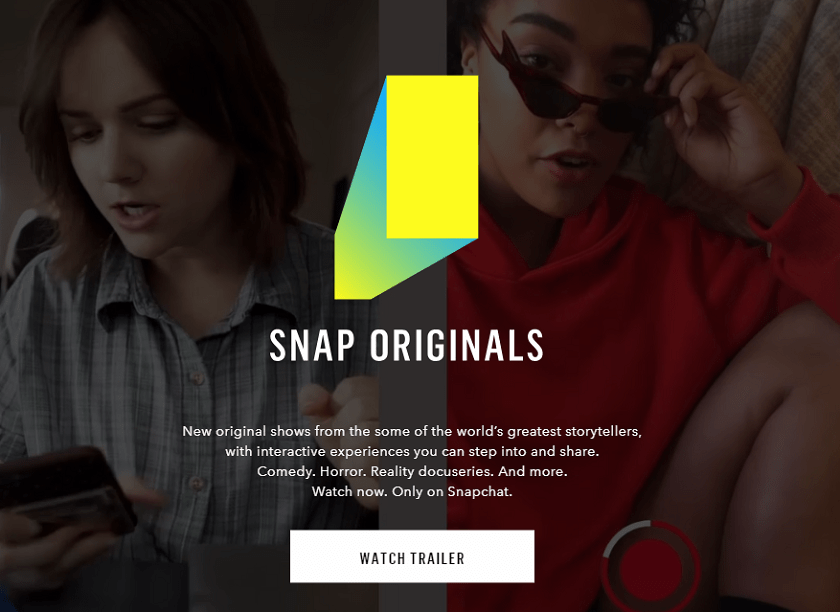 The currently existing Snapchat shows attract a lot of views – enough that it has encouraged the company to create more, said Nick Bell Snap’s VP of Content, who also disclosed that the content is introduced to engage Snapchat current users and to attract new ones.

People will tell their friends at work or in the school about Snap Originals “if the programming really resonates with the demographic.” We hope it brings new people into the app, Bell told CNN.

Most Snapchat users recently dumped the app for Instagram, following a heightened competition from the Facebook-owned social media, which has also mimicked most of Snapchat’s popular features. The company could through Snap Originals avert a drop in its daily active users recorded in its latest earnings report – the first time the image sharing app is recording a negative user growth. As of August, Snapchat reported a total of 188 million daily active users, which is barely 50% of the people using Instagram’s popular Stories feature daily.

Snap performance has also been affected by a string of executive departures. The growing list has included the company’s VP of Marketing Steve LaBella among others cited earlier this year. Whereas it’s former chief operating officer is yet to be replaced since after leaving in 2015.

Snapchat may not necessarily be competing with streaming giants like Netflix and Hulu since the platform is slightly different. Snapchat TV shows are scheduled to last for about 5 minutes on the average for every episode and new ones will premiere daily. The company is also incorporating augmented reality into some of the shows. For instance, users can use Snap’s AR lenses to interact with the program characters, go around the crime scene and inspect objects. Users can set the app to notify them when new episodes are released.

Snap Originals is completely a good move by Snap to remain competitive, considering the fact that Facebook and Instagram are both experimenting with the service. They will soon join. To a large extent, it will help the image sharing app to generate more daily active users aside from additional revenue from the content ads.

Snapchat Users Are Shrinking. Does It Really Matter?

Snapchat is here to stay with Chat 2.0 Update